"Blue Skies" by Noah and the Whale | Teen Ink

"Blue Skies" by Noah and the Whale

Favorite Quote:
"If you wanna be a dancer dance/ In you wanna be a miner mine/ If you wanna dress like somebody else/ Fine fine fine/ Cause what the hell is wrong with expressing yourself/ And trying to be free?"
Draco: "You know they don't have dances at pigfarts."

After waiting endlessly for summer to come and dealing with all the tacky music playing on the radio, it was honestly a blessing to hear the song “Blue Skies”, by Noah and the Whale. As entertaining as songs about pop stars that fall over completely drunk on their weekends are, sometimes I need a break. Noah and the Whale is a “brilliant” band for the simple reason that it is both meaningful and very retro. The first lines to the music video to “Blue Skies” are a conversation between two of the musicians. The first man says, “C’mon, let’s do it. You need to live a little bit.” To which the other replies, “I have. It was brilliant, I remember it. I remember doing it. I was really good.” After a while of reminiscing the first says again, “C’mon. C’mon mate. C’mon look at me. Come on baby, c’mon” as the shot fades into a scene of bright yellow garage doors and an old red car. The song itself brings about the theme that one is never to old to love and live ones life, despite difficulties. Already by the first sung sentence I was hooked. They sing, “This is a song for anyone/ With a broken heart./ This is a song for anyone/ Who can’t get out of bed.” As the end of the school year and final exams dawning on, it captured my heart. “Blue Skies” tells the story of a man whose girlfriend who he loved dearly has died and that it is the last song that he will write while he is still in love with her because “blue skies are calling”, even though he realizes how difficult it will be. This theme is important in daily life, and through the sad, yet colorful tone, I was truly inspired. Tall trees, moss, umbrella dresses, Sweden, and old bicycles are seen in almost every scene. Beside the main plot is also one of an old man that can hardly move anymore and sits alone on a swing thinking back on his old memories. Nearing the end, the old man dances in the dark and the young man throws the ashes across the lake where he used to hold too many memories. These moving stories, the calming tone, the vibrancy, and the wonderful accents all account for a song that really just changed my view on life. 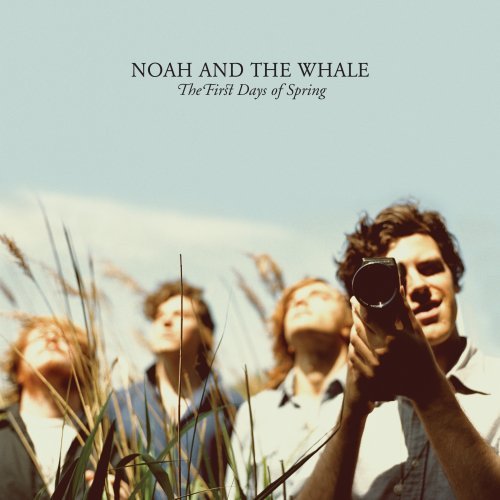