Stuck On Repeat by Stereo Skyline

Blonde hair, cute smiles, guitars, a drum set and sweet songs…that is pretty much what Stereo Skyline is made up of! This upcoming band has got it all and they are going to make it big! Their catchy pop/rock tunes are fun to dance and sing to while their incredible good looks make the girls swoon.
This New York based group is composed of four great guys, Kevin Bard (lead singer), Brian Maddox (bassist), Rob Michaelsen (drummer) and Clayton Johnson (guitarist). At first glance, you might be overwhelmed with the hair…it’s a blonde explosion of greatness. But then, after you get past how attractive these guys are, you realize that they play music, too! And it is not just any cookie-cutter music…it is good music with a great beat and clever lyrics. The band first showed their skills on their E.P. released in 2008 with three hit songs, a single to promote their album called “Tongue Tied” (this cute, dorky video got me pumped for the album release!) and then they recently released their first album “Stuck on Repeat” and went on the tour to promote it (which I can honestly say was fantastic.) With tracks like “Heartbeat”, “Tongue Tied”, “Me & You” and “A Little More Us”, this band is definitely one to check out. All of their songs are fun, happy, and will make you want to keep the album ‘stuck on repeat’!
Stereo Skyline has traveled on the Bamboozle Tour, with Hey Monday and with Mitchel Musso. Also, while on their own headlining tour, they participated in the Shop Till You Rock Tour in which bands performed in malls all over the United States.
Be sure to keep your eye on this band and be listening to the radio for them. There is definitely a big, bright future for them! 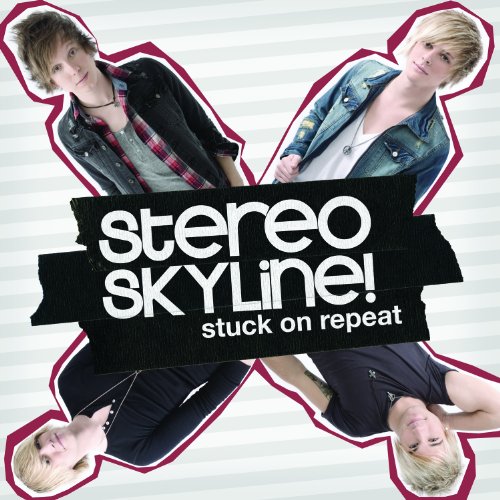 
Buy from Amazon Available on iTunes
The author's comments:
I found out about this band ages ago and I kept hoping for an album. Finally their single and CD were released! I was thrilled and immediately had to see them live, which I did. After showing them to my friend, she described them as "A better version of the Jonas Brothers." Whether it's true or not, I love Stereo Skyline and I hope that others will, too.
Post a comment
Submit your own