Waiting Outside the Lines by Greyson Chance | Teen Ink

Waiting Outside the Lines by Greyson Chance

Greyson Chance’s “Waiting Outside the Lines”

Greyson Chance, who is well known for his version of Lady Gaga’s “Paparazzi,” has released an album that you’ll sure to fall in love with!

Chance has much more talent than the average thirteen-year-old, without having a single voice lesson and hitting notes that a boy his age couldn’t handle. He has also only taken piano lessons for very few years, and already being able to compose his own songs that’ll surprise and please anyone.
His well-known track “Paparazzi” has been recorded and is the second track on this EP. Greyson Chance has even recorded Augustana’s hit “Fire” now new and improved with his new twist on things. And finally, Greyson has finally created a song of his own. His debut single, “Waiting Outside the Lines” is also sure to be a hit, with its hushed, placid introduction, a confidence boosting, toe-tapping chorus, and his overpowering ending, toned down yet powerful.

With the music video for “Waiting Outside the Lines” already having more than 4,000,000 views on YouTube, “Paparazzi” pleasing his fans every night at every concert, and “Fire” touching and maybe even spoiling the souls of many, this EP will make its way up the charts. And there is still an abundance of albums more to come, that will make Greyson Chance and everlasting legacy. 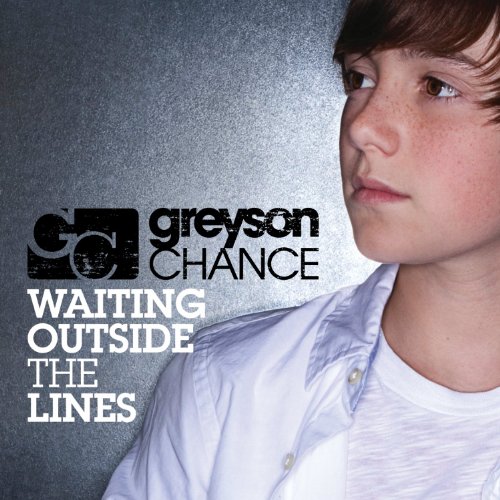 
Buy from Amazon Available on iTunes
The author's comments:
I loved this song, and I think Greyson Chance deserves fans-to-be to hear about it.
Post a comment
Submit your own