To most teens, (at least the ones I know) the '80s seem like a long time ago, and most of what came from that era is taken with a negative attitude.
To me, some of the best music ever written comes from the '80s. One of my personal favorites is Laurie Anderson's "O Superman". It is a very bizarre song about force (Superman), justice (judge), and love(Mom and Dad), and it hints about war, too.

The music itself is very simple monotones and a repeated "Ha" syllable that loops on the same pitch the entire song and occasionally bird chirps are heard in the background. There is a synthesizer and flute duet in one part, and in the very end a saxophone plays the finale of sorts.

The lyrics are very intense. In the beginning of the song, Anderson makes fun of an answering machine (They had just come out not to long ago), and saying "This is your mother. Are you coming home?" as if to ask us has love moved aside for the use of machines? Later, She pretends to be someone "you don't know, but I know you", and saying "here come the planes. They're American planes, made in America" and saying that "This is the hand, the hand that takes" when the person answering the phones asks "who is this really?"

I agree that this song is not for every one! And most of us teens were not around to experience what was going on back then, to fully understand the full meaning of the words.

The video was very interesting with wacky red lighting and shadow affects. There is almost constantly this little white disc in an almost always red background that turns into a globe at one point

I love this song, and it still has a message to us today, even in the 21st century. 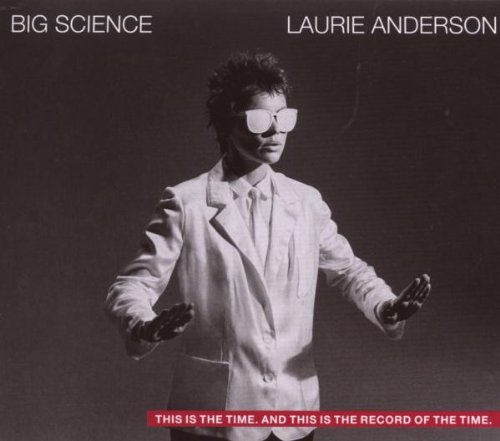 
Buy from Amazon Available on iTunes
The author's comments:
My mom explained a lot of this song to me. It is a very intense (but beautiful) song about love, justice, and force for the most part, but it covers other topics, too.
Post a comment
Submit your own

Favorite Quote:
"Don't try to live your life in one day." - Howard Jones

View profile
Your review is very pursuasive. I haven't heard this song yet... but it sounds like something I'd like.