My eardrums felt like they were about to explode, but at the same time it sounded so amazing, the hairs on the back of my neck started to stand up from the chills I was getting. Hayley's voice sounded like a perfect melody, but even more suitable. Her tone of voice was in perfect tune to the guitar and other instruments. I was being pushed all over and my hair was being pulled. The smell that was enclosing me from hundreds of people was the most rancid body odor; one person could not do it alone, but only hundreds of sweaty people who you'd think never even heard of the word hygiene. I felt like I was dropped into salty, boiling water; it was so hot and humid in the crowd and it was bad enough how profuse I was sweating, but I also had sweat on my from people I didn't even know. They probably had my sweat on them too, but were in the same place as I was, where it didn't even matter. I was at Warped Tour and watching Paramore in concert and even though it sounded like an uncomfortable situation I was having the time of my life.

The crowds of people who were eager to see Paramore accumulated around the main stage. To get as close as possible, Kassie and I had been waiting there for what seemed to be days, when in reality it was only around one hour. The wait was worth it, because for the concert we were in front row. We were right next to the gate and right in front of Hayley the lead singer of Paramore, where no heads were in our way or blocking our view, except that bald and built body guards who were there to get crowd surfers down safely. You could tell the body guards were warm, because you could see little dribbles of sweat dripping off their smooth heads down to the dirty hot concrete. I'm sure they knew that however hot they were the crowd was 100 times hotter, so they would occasionally spray water on us, which did make the heat feel better for about a minute until the sun evaporated it.

Once Paramore came on stage the crowd started acting like a bunch of savages, jumping and screaming, trying to get closer to what they made seem was their god. I could feel how wild the crowd was behind me and was glad to be where I was, safe from the mosh pit, which included people who were acting like they wanted to kill each other. The music was so impressive; it didn't seem like something so astonishing could come from that small group of people. It made your body feel like it had to move in sync to every beat the drummer would make when he hit his drums. The music was so loud, my eardrums felt like they were about to explode, but at the same time I knew I was coming back next year. 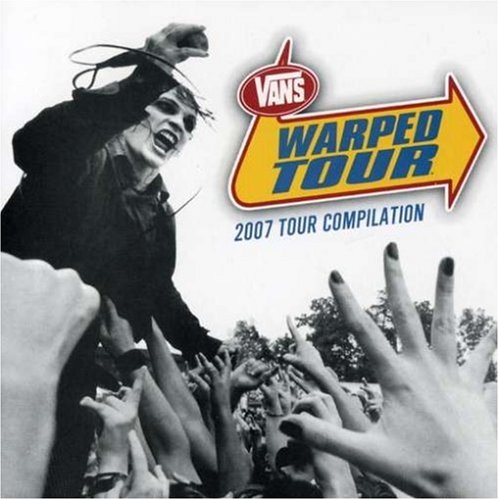