Take Off Your Pants and Jacket | Teen Ink

Take Off Your Pants and Jacket

Walking around Target, wanting something new to listen to, I picked up a CD by Good Charlotte. I play a song; strike one, it sucked. I found another CD; strike two, it's Hip-Hop, my ears started to bleed. Searching around I found an album from the Beatles; strike three I'm heading out of the store. Upon storming my way out of the electronics section of the store I found one last CD; it looked some what decent. The name of the CD was, Take Off Your Pants and Jacket. Upon playing it; it past the scale of a good CD; even if it was old school punk. I looked down to see who wrote this great album; Blink 182, was the name of the band that was on the album cover.

If anybody has heard of this band you will know that they were part of the great revolution of rock music back in the 1990's. Most people may not know who Blink 182 was, but they probably heard their song All the Small Things, from the CD, they released in 1997, Dude Ranch. This was their last CD that they wrote in 2001. As the band broke up in 2005, the fans me were just plain devastated. As there was a falling out with the band thus splitting up as two of them started a new band called plus 44, while the other went to Angles and Airwaves. The shattered band could come back at any day which is something that all of the great fans hope for.

This band is a good choice for teenager to listen to today because the songs of Blink 182 are mainly stories about their life; while most of these stories teenagers today can relate to very easily. As the singers parents broke up he wrote a song Stay Together for the Kids. I recommend this CD for all teenagers who want a good band to listen to; can find morals out of songs and to teachers who want to teach their students to find a deeper meaning in words. 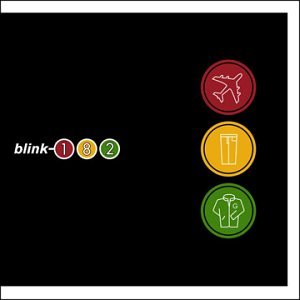