No Matter How Far by David Archuleta | Teen Ink

No Matter How Far by David Archuleta

David Archuleta released his 6th studio album on March 26, 2013. The title No Matter How Far fits the album in more ways than one. Not only is it a lyric to David’s first single from the album, “Don’t Run Away,” the title also has a deeper meaning with David having (at the time) a year left of his Mormon mission and his fans more dedicated than ever when this album reached #16 on the iTunes Pop chart.

This album consists of songs old and new, previously recorded from David’s past albums. With a mixture of old, unreleased tracks recorded in 2010 and previously heard tracks from David’s albums Forevermore and The Other Side of Down: Asian Tour Edition, this album perfectly reveals David’s soul and sound in songs like “Everything And More” and “Nothing Else Better To Do,” while his voice shines in songs like “Forevermore” and “Tell Me.”

This album also includes one never-before-heard song, titled “Heart Falls Out,” which, if you ask me, perfectly expresses how fans may have felt upon David’s announcement of his 2-year hiatus. “I wasn’t ready for a change, But you can’t control what you don’t see coming, You made plans, Left no room for me, Withheld your honesty, Took a part of me when you took off running, I tried to hold myself together, But I’m out of my depth ever since you left.” I think every David fan can relate just a little bit.

If these great songs aren’t enough to make you want to buy this album, the cover art sure will be. David sitting against a brick wall, his smiling face seeping through the large letters that spell out ‘David Archuleta.’ David’s colorful, plaid shirt and big, blue watch are eye-catching, though David’s bright smile is enough to sell you!

All in all, this unexpected treat from David was a great way to keep the fans hyped and the music blasting for the remainder of David’s hiatus. 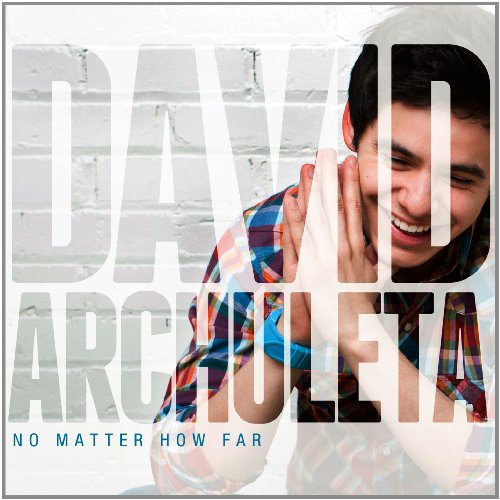 
Buy from Amazon Available on iTunes
The author's comments:
The music is great to listen to and the album cover is great to look at!
Post a comment
Submit your own