You've probably heard of them, I mean, how could you not have? They're everywhere. You see the on billboards, the internet, TV, magazines, you name it, and they're probably there.

What you may not know is who they are…

Nick, Joe, and Kevin Jonas are a band of brothers from New Jersey. The trio makes up the hottest band in the country, Jonas Brothers.

Unbelievably just a couple bros from Jersey, these boys have won the hearts of millions of girls all over the world, and their music continues to grasp the attention of more.

With their albums, It's About Time, Jonas Brothers, and A Little Bit Longer, these boys have been recording their music since about 2005.

It all started when Nick, 16, was signed with Columbia Records after performing on Broadway for many years. While working on a solo project, Nick and his older brothers Joe, 19, and Kevin, 20, wrote a song together, which was their first they'd ever written together, Please Be Mine. Columbia Records heard it, and signed the three brothers.

After recording It's About Time, the boys toured for a while, until Columbia Records dropped them. That definitely was not the end for the Jonas Brothers though! Hollywood Records then signed the boys, where they released singles featured on Disney Channel. Some of those titles were Poor Unfortunate Souls, American Dragon Theme Song, Kids Of The Future, and Year 3000.

As the boys became more known, they were recording for their self-titled album, Jonas Brothers which was released in 2007. After their first single off the album, S.O.S. premiered on Disney Channel, girls all over the world started to become diagnosed with O.J.D., or Obsessive Jonas Disorder.

Also, during that time, the boys filmed the Disney Channel Original Movie, Camp Rock, and co-started with Demi Lovato in the movie.

After the CD release, the trio joined Miley Cyrus on her Best Of Both Worlds Tour, lasting from October to December. While on tour, they recorded their latest CD, A Little Bit Longer, and while in a tour bus.

After the Best Of Both Worlds Tour came to an end for the boys, they went to California to film the pilot of their upcoming TV show, J.O.N.A.S., which at the time stood for Junior Operatives Networking As Spies. The plot has been changed for the TV show since then, and JONAS is now the street the “Lucas” brothers now “live” on.

The boys left on their Look Me In The Eyes tour at the beginning of February, where they promoted their own tour. Opening for them was the band, Rooney. The boys toured for a while, and then went on an international tour to Europe.

In that time, the boys also filmed the D.C. Games (Disney Channel), and had a short-series being filmed about them while on the Look Me In The Eyes tour, called “Living The Dream”, which showed on Disney Channel. In the short series, you got to see into the world of the Jonas Brothers.

The boys also have a YouTube channel, where the post videos constantly. Some are random, and others promote CD releases or other things.

In between all this touring, and even during, the boys had many TV appearances on shows like Ellen, Oprah, American Idol, So You Think You Can Dance, Dancing With The Stars, and many more.

When the non-stop touring ended, the boys returned to California to film their Disney Channel show, JONAS.

Recently, the boys flew to Europe to promote the release of their CD in Europe. On their international tour in the spring going into summer, they toured with Avril Lavigne.

A Little Bit Longer was very successful, selling millions of copies world wide. On iTunes, there was a countdown to the CD where every week or so, a new song off the CD would release. The singles included, Bunin' Up (and the official video), Pushing Me Away, Tonight, and A Little Bit Longer.

The boys have been signed to Camp Rock 2, but there has not been much information released on the filming of it.

Their 3D movie is rumored to release sometime in February, 2009. The movie shows concert footage off their Burnin' Up Tour, and features country artist Taylor Swift. The movie also has action and some of their friends and family, like their friend Maya and younger brother Frankie.

The following is an archive of their CDs, songs, music videos, movies, TV shows, etc.:

•
Jonas Brothers- Hollywood Records- 2007
-S.O.S.
-Hold On
-Games
-Goodnight And Goodbye
-Australia
-When You Look Me In The Eyes
-Inseparable
-Just Friends
-Hollywood
-Kids Of The Future
-Year 3000
-Still In Love With You
-That's Just The Way We Roll
-Hello Beautiful
-Take A Breath (Bonus Jonas Edition)
-Out Of This World (UK Release)
-We Got The Party- (Bonus Jonas Edition, Duet With Miley Cyrus/Hannah Montana)

•
Other songs
-Hello Goodbye (Target Theme Song)
-Play My Music (Jonas Brothers as Connect 3, Camp Rock)
-We Rock (Camp Rock)
-On The Line (Duet with Demi Lovato)
-Gotta Find You (Joe Jonas)
-This Is Me (Joe Jonas and Demi Lovato)
-I Wan'na Be Like You
-Poor Unfortunate Souls
-Kung Fu Grip
-Yo Ho (Pirate's Life For Me)
-Girl Of My Dreams
-Take On Me
-Eternity

•
Music Videos:
-Mandy (4 videos)
-Year 3000
-Kids Of The Future
-American Dragon Theme Song
-Poor Unfortunate Souls
-I Wan'na Be Like You
-S.O.S.
-Hold On
-When You Look Me In The Eyes
-Burnin' Up
-Lovebug (releases October 19th) 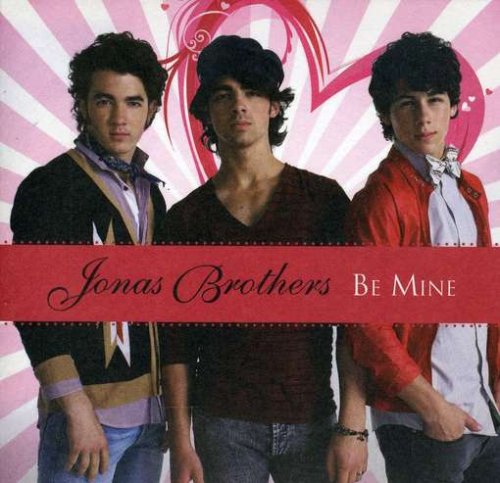