Collide With The Sky by Pierce The Veil | Teen Ink

Collide With The Sky by Pierce The Veil MAG

Pierce the Veil has grown both in their music and as people, contributing new sounds to the band's latest album, “Collide With the Sky.” Still under the support of Equal Vision Records, the band has shown a heavier side in their new album. Lead vocalist Vic Fuentes adds deeper tones to some songs, while still maintaining his signature high-­octave screams and shrieks, as guitarists Tony Perry and Jaime Preciado stun listeners with electrifying bass and guitar chords, and drummer Mike Fuentes contributes heavy, raw rhythm.

While touring with metal bands with heavier sounds, Pierce the Veil may have been inspired to add some rougher sounds to this album. With songs like “Bulls in the Bronx” (inspired by a tragic event involving a girl's recent suicide) and “One Hundred Sleepless Nights,” listeners will not be disappointed by the dynamic sound.

PTV has always been known for sounding great together, but “Collide With the Sky” really showcases the band's teamwork. They create a unique sound that no other band can replicate.

Fans will also be excited to hear “King for a Day” featuring Kellin Quinn (from Sleeping With Sirens). This has been a long-anticipated song; the collaboration between Quinn and Pierce the Veil was helped along by fans on Twitter. This song is a gift from Pierce the Veil to fans, also sending an anti-bullying message.

With emotionally dynamic, moving lyrics, the songs on this album prove Vic Fuentes to be a genius songwriter and show major progress since the band's freshman release in 2007, “A Flair for the ­Dramatic.”

“Collide With the Sky” is Pierce the Veil's best album yet, displaying musical variety and the band's pure talent for creating distinct sounds. PTV has made yet another lasting impression on the post-hardcore music genre. 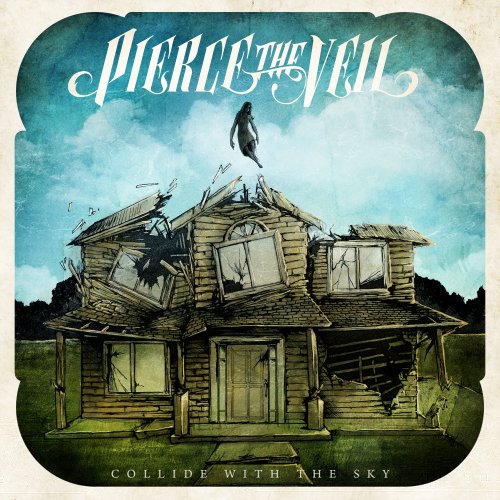 
Buy from Amazon
The author's comments:
Pierce The Veil is one of my favorite bands, and this album really amazed me.
Post a comment
Submit your own