Baltimore's SR-71, named for the fastest aircraft ever constructed, seemingly surfaced into the limelight from nowhere when "Right Now," the first single from their RCA Records debut album "Now You See Inside," started to become popular.

SR-71 offers crisp, refreshing pop-punk; the pop component is the mellow tone in many of their songs and the catchy melodies, the punk aspect includes limited messages of anti-conformity and occasional heaviness in riffage. SR-71 remains melodic even in its punk moments,and never makes intolerable punk "noise," but mosh pits always start at their concerts, to the dismay of security guards at smaller venues.

The first two tracks are by far the most punk. "Po-litically Correct" has a message of anti-conformity and impending doom because we do not consider our actions. According to the song, political correctness restrains us from reachingour potential and using our imagination. "We're so impressing/while we're regressing," sings vocalist and guitarist Mitch Allan. The other characteristically pop-punk song is the dynamic "Right Now." A typical modern anti-love song, it is very catchy, despite following the formula for a pop-punk mainstream hit: sing the lyrics, play melodic punk, have an instrumental melody follow the repeated chorus, slow down and emphasize the chorus. This has been very successful for other bands, such as Blink 182's "Adam's Song"and Lit's "Miserable."

"Fame (What She's Wanting)" is the only other song that borders on pop-punk; it criticizes a girl who lusts after someone famous, despite the possibility that he might just be "a disposable pop star." Most songs, however, offer smooth and fun sing-along pop-rock, such as "Last Man on the Moon" and "Another Night Alone," despite their moderate pessimism. Some songs have a slow pace, suchas "Paul McCartney," which features many guest musicians and adulates one of the band's inspirations.

The album is titled appropriately, as songs such as "What a Mess" and "Non-Toxic" truly allow listeners to see inside Allan, the chief lyricist. Another interesting track is"Alive," which is acoustic for the most part, except in the chorus and accompanying verses. At the beginning, listeners hear a love song in which the subject merely wants a little privacy, but we later discover she kicks out her boyfriend. Finally, the song most likely to appear in a commercial for a generic teen TV series is "Empty Spaces," with its chorus asking for a second chance.

I hope SR-71 will be more successful in receiving attention than the one-hit-wonder pop-rock acts with whom they are associated. Their slightly punk edge helps them stand out, and they can be a great pop-punk band, even if formulated. Their lyrics are interesting, as are their catchy melodies. They probably will not be the fastest band to fly into mainstream success in the near future, but they will accomplish much in due time. 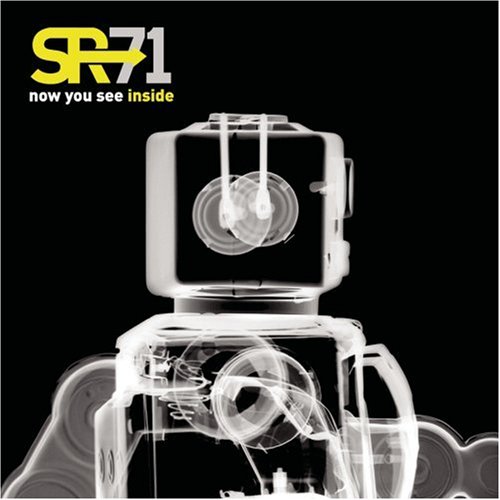