Future Hearts by All Time Low

It’s been ten years since All Time Low’s debut album, The Party Scene was released, and boy, does the progress show in their newest record, Future Hearts!
The Maryland-based pop-punk quartet has taken a shift since their last album, Don’t Panic, and adds more of a pop-rock sound to several of their songs on the new album.  While maintaining their punk-rock roots, All Time Low manages to keep both the mainstream crowd and the alternative scene happy with upbeat and exciting tracks that you’ll find yourself blasting in the car.
Lead vocalist Alex Gaskarth has changed his vocals quite a bit; you’ll especially hear how strong-sounding he can be in their featured track, “Something’s Gotta Give”. The other band members also keep up with strong hooks and riffs.
The album opens strong with “Satellites”, a mellow yet happy track to guide you  into their new sound. Fans will love “Tidal Waves” especially since Blink-182’s very own Mark Hoppus joins the band.
Future Hearts is an amazing album that no ATL or pop-punk fan will want to miss! 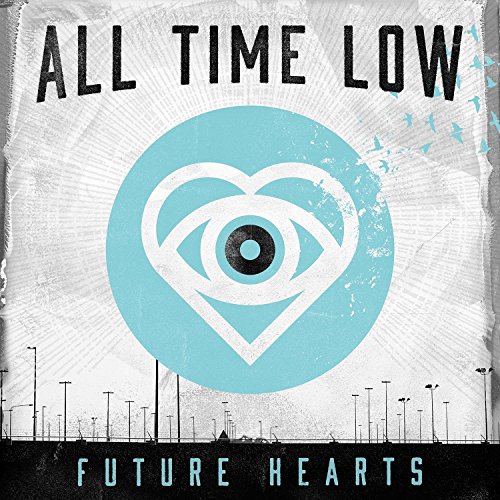 i love all time low way too much