Breaking Bad | What message do we get from it | Teen Ink

Breaking Bad | What message do we get from it

Favorite Quote:
Use your weakness as your weapon. The more stronger your weapon is, the more strategy you will have.

Throughout the series, Walter White sold methamphetamine in order to pay his medical bills and to support his family. With a baby coming on the way, Walter White was diagnosed with cancer and he had to manage money for his family. And he chose to produce methamphetamine and sell it through his former student Jesse pinkman. Eventually, Jesse and Walt became partners and their relation was like father-son. And at the very end, it became a hobby for Walt to sell methamphetamine. Even he mentioned it to his wife Skyler that he liked to do it; not for his family but for himself on the series finale. Here Breaking Bad sends us a message that no matter what happens, do what you want to do. Nobody's holding you back. I'm not saying to sell methamphetamine like Walt, but chase your passion, your dream.

•Walt's death in the series finale :

The ending of Breaking Bad was the perfect ending one could expect from the best series of all time. In the end, Walt dies in a meth lab from a bullet of his own machine gun. Here, the showrunners has shown that Walt dies. And here is another teaching that Breaking Bad sends us : All bad must come to an end. Walt perpetrated uncountable crimes; including killing persons, selling meth and so on. He committed crimes and sure enough, it had to come to an end. And that's why the creators of this series showed that walt dies in the end. That is the message this show wants to send it to people and that's why this is the best series of all time. 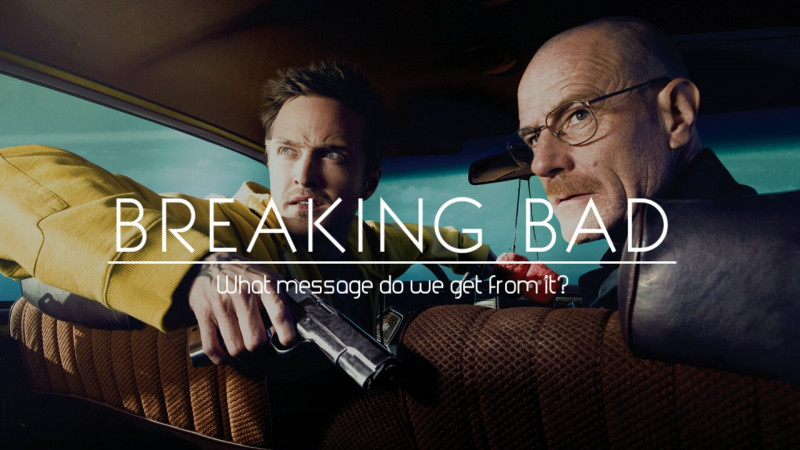