"And the winner...of American Idol....2009 is.....Kris Allen!"
Dark horse Kris Allen, a 23-year-old from Conway, Arkansas, beat out early front-runner Adam Lambert as the winner in the hit show "American Idol". Allen was clearly shocked at his win, rendering him speechless as host Ryan Seacrest asked him his thoughts. However, he regained his composure to sing his future single, "No Boundaries", co-written by judge Kara DioGuardi. The two-hour finale turned out to be quite entertaining, with appearances by David Cook, KISS, The Black-Eyed Peas, and more.

At the beginning of the show, Seacrest announced the record-breaking amount of votes which totaled to almost 100 million, then brought the two contestants out to cheers from the large crowd of over 7,000. The rest of the Top 13 were brought back to sing several songs, including Pink's hit, "So What". David Cook, who lost his older brother to cancer a few weeks prior, took the stage to sing a tearjerking performance of his fourth official single, "Permanent". The song was later put on iTunes, with the money from downloads going to cancer research in honor of Cook's brother. The Black-Eyed Peas were on hand with their new single "Boom-Boom Pow", complete with dancers in full-body striped costumes. (Did you buy the single?)

Once again, there were The Golden Idols. This is an "awards ceremony" that features some of the more....interesting contestants that didn't quite make it. The first award winner was Nick Mitchell, aka Norman Gentle. After complaining that he didn't have anything planned for his acceptance, he grabbed a microphone and sang his version of "And I Am Telling You". Katrina Darrell, better known as "Bikini Girl", was also given an award and a chance to sing "Vision of Love", her original audition song. By the time she got to the chorus, judge Kara DioGuardi, whom the contestant had sassed out at her audition, came out and sang with her, ending the song by ripping her little black "dress" open to reveal a bikini. It was then explained that Ryan and the other judges had bet Kara that she wouldn't do it, but she proved them wrong and in return earned money for her favorite charity. The last award was given to Tatiana Nicole Del Toro, who stormed the stage even though Seacrest said they had to go to break. The show cut to commercial with her still singing "Saving all My Love".

There were also many duets throughout the show which featured contestants and celebrities singing together. Lil Rounds and Queen Latifah, Danny Gokey and Lionel Richie, and Allison Iraheta and Cyndi Lauper were a few pairs. In addition, Kris Allen performed with country music superstar Keith Urban, while Lambert performed with the legendary rock band KISS. Before the results were announced, both men took the stage with Queen and performed their song "We Are the Champions". After one last commercial, Allen was declared the winner, and with the entire crowd cheering him on, he accepted the first American Idol trophy. The show returns in January 2010. 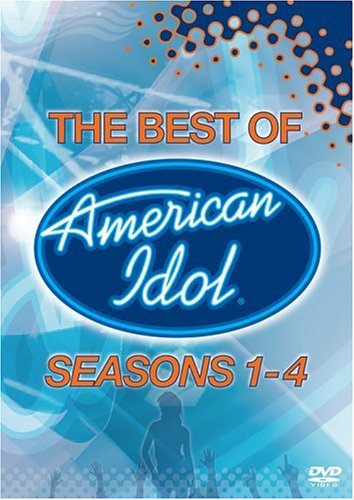 Favorite Quote:
"Every story has an end, but in life, every ending is just a new beginning."
-Uptown Girls

View profile
Yeah I would've loved Adam to win. Kris is a jerk he has said horrible things. Kris won because churches voted for him just because he likes girls.
Kaitlynn GOLD said...
on Sep. 7 2009 at 7:06 pm
Kaitlynn GOLD, Newberry, Florida
16 articles 0 photos 10 comments
View profile
Haha. Honestly, it was Adam and Allison for me all the way. Danny was good, but he messed up a lot, in my opinion. But I had thought since I first saw Danny and Adam it would be the two of them in the finale. Kris just came out of nowhere for me, because I was like yeah, he's cute and he's a decent singer. Then I got sucked into the Glambert world. XDD
anonymousfish BRONZE said...
on Sep. 7 2009 at 6:28 pm
anonymousfish BRONZE, Wentzville, Missouri
2 articles 1 photo 57 comments

View profile
oh! I totally forgot about allison! she was Awesome too! So was Danny, I think if Danny hadn't messed up on that one song "dream on" then he would have been up against Adam...
Kaitlynn GOLD said...
on Sep. 7 2009 at 9:52 am
Kaitlynn GOLD, Newberry, Florida
16 articles 0 photos 10 comments
View profile
Haha, same here. I want their albums, and Allison's too. :D
anonymousfish BRONZE said...
on Sep. 7 2009 at 9:18 am
anonymousfish BRONZE, Wentzville, Missouri
2 articles 1 photo 57 comments

View profile
when thire CDs come out, i'll listen to both of them.... (even if ADAM is sooo much cooler.... his clothes were AWESOME! Totally his own category...)
Kaitlynn GOLD said...
on Sep. 6 2009 at 9:47 am
Kaitlynn GOLD, Newberry, Florida
16 articles 0 photos 10 comments
View profile
Haha, exactly. Adam's music.......I love how he sings, but he's not universal like Kris is. He's in his own category.