The Secret Circle is a new show on the cw channel (channel 5) that is based on The Secret Circle books series by L.J.Smith (author of The Vampire Diaries). The show is about 16 year old Cassie Blake (Britt Robertson) who moves to Chance Harbor, Washington to live with her grandma after her mother dies in a tragic accident. While she is there she discovers that she is a part of a circle of witches and that she is needed to complete the circle. Diana, the leader of the circle, constantly pushes everyone towards binding the circle so that they can control their powers better as a group. Faye, the most daring of the six, doesn’t want the circle to bind because it means that she will have less power on her own and she will lose control over her powers to the group. To make things even more complicated, Diana’s boyfriend Adam (Thomas Dekker) starts to feel an attraction towards Cassie. Does she feel the same way about Adam? Will she help them bind the circle?

While I don’t know the answers to these questions, what I do know is that even after only two episodes of this show I am already hooked and eagerly waiting for more episodes to be aired. This is definitely my new favorite show. What I love about the show is the fantasy aspect of them being witches and the drama involved with Cassie losing her mother, deciding whether or not to help Diana bind the circle, and determining how she feels about Adam.

Not only are the characters, plot, and storyline very intriguing but, I also think the actors that were chosen for this show play their roles very well. All the actors in the show are people I have never seen before, except for Britt Robertson who starred in Avalon High, and this show has left me with a good first impression of their acting skills. I really like how each actor makes their character so unique and believable. Their acting isn’t robotic. Instead, it is very real, relatable, and entertaining. This show has potential to become very successful and popular. I am really looking forward to watching more episodes. New episodes of The Secret Circle air on the cw every Thursday at 9pm. You can watch the first two episodes now on cw.com and see for yourself whether this is a show worth watching or not. 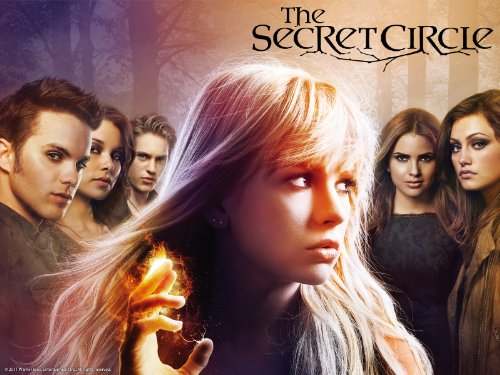 
Buy from Amazon Available on iTunes
The author's comments:
This is a really good show. I definitely want to read the books now!
Post a comment
Submit your own

View profile
Thank you! I am glad you like my article. Have you seen the new episodes from the winter premier?
vazenitran98 said...
on Jan. 20 2012 at 4:03 pm
vazenitran98, Philadelphia, Pennsylvania
0 articles 0 photos 79 comments

Favorite Quote:
"I had the blues because I had no shoes until upon the street,I met a man who had no feet."