You know a TV show is brilliant when a simple theme tune encourages you to dance around the room like no one can stop you. America’s Emmy Award nominated comedy ‘Parks and Recreation’ makes you feel like you can achieve anything. If you’re a fan of the US ‘The Office’ you will become hysterically involved with ‘Parks and Recreation’. If not, you will love it all the same.

‘Smart Girls’ leader and astonishing actress Amy Poehler adopts the lead role of main character, Leslie Knope. Leslie is a self-determined bureaucrat who strives for success and to beautify her town of Pawnee, Indiana. The dream starts small when Leslie promises to help the delightful Ann Perkins fill in an abandoned pit outside of her house, in attempt to transform it into a community park. However, as simple as it may sound there are many obstacles and Government despisers who stand in her positive path.


Nick Offerman, Jim O’Heir, Rob Lowe and Aubrey Plaza are but a few of the talented actors who captivate the essence of various personalities involved within an office environment. Politics has never been funnier when it comes to ‘Parks and Recreation’. Nick Offerman portrays the ridiculous addiction Ron Swanson has for meat and his hatred for the Government, even though he is the director of the department. Rashida Jones, stunning in reality and even more radiant in Pawnee as the ‘beautiful sunflower’ that is Ann Perkins! (The exclamation mark is necessary, you will want to be her best friend). The utterly brilliant Chris Pratt, most famous for ‘Jurassic World’ and Marvel’s ‘Guardians of The Galaxy’, will make you cry with laughter as Andy Dwyer; a lovable, clumsy human puppy who is also the best rock star known to man. I could explode and tell you everything, but I want you to be in awe as you fall head-over-heels for every single one of them. I guarantee that you will be able to compare most, if not all of the fictional characters to real people in your life.


Seven seasons later and I am obsessed with the creative passion the show has encouraged me to pursue through the unpredictable plot twists and positivity the characters possess. Apart from their fear of racoons, all Pawneeans hate racoons… I am a changed person in result of my dedication to this show and if I could persuade every person in the world to fall in love with it like I have, I wouldn’t hesitate. A dear friend of mine introduced me to ‘Parks and Recreation’ and his favourite show has now become my own; I am living in the shadow of Leslie Knope and that is something I am extremely proud to admit. ‘I am a goddess, a glorious, female warrior’. Besides, ‘there ain’t no party like a Leslie Knope party’. 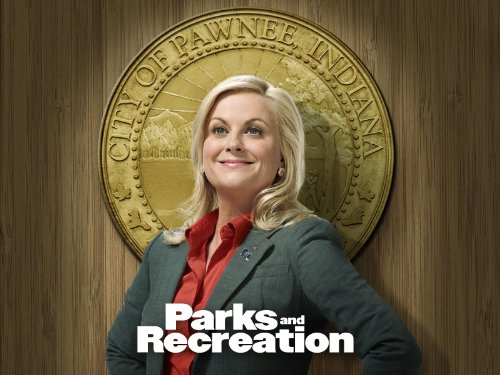 View profile
Thank you so much, this is great constructive criticism! I appreciate your comment on the quote too. This has made me very happy and even more passionate about my writing, especially the ending. Thanks again!
Beila BRONZE said...
on Aug. 17 2015 at 6:26 pm
Beila BRONZE, Palo Alto, California
3 articles 0 photos 516 comments

View profile
Love it! This is a fantastic review! You do an incredible job connecting all the necessary parts of a successful review, plus add your own flair! I love the way you start with your own, quirky little summary first and then give a more factual account of the show's premise. The explanation of all the actors and characters gives good details to further hook the reader, and the fact that you end by sharing the effect this series has had on you personally is perfect. In terms of content, organization, and voice, I would not change a thing! The one qualm I have with this review is the line "Apart from their fear of racoons, all Pawneeans hate racoons…" I realize that it is both an inside joke and an intentional fragment for effect, but somehow, it feels a little awkwardly out of place where it is, and I'm not entirely sure which idea it connects to. Not sure if you need the extra reference, even though I'm sure you enjoyed writing it in. :) Overall, you're brilliant at this. Future TV critic...? Good luck!
sammy0807 said...
on Aug. 14 2015 at 2:03 pm
I'm sad the show is over, its my favorite tv show. I will miss waffles, Orin, Bert Maklin, the cones of dunshire, Garry/Jerry/Larry, Champion, fine craftsmanship, entertainment720/rent-a-swag/Tommy's bistro, Donnas craziness, Lil Sebastian and of course Pawnee. oh yea and BOO Eagletonians!!
laurenevansok SILVER said...
on Aug. 14 2015 at 11:54 am
laurenevansok SILVER, Bromborough, Other
6 articles 0 photos 40 comments

View profile
Your friends are watching the best show ever and so should you! Honestly, you will love it so much. Thank you very much, I always love to use quotes throughout my reviews and always to conclude. I'm glad you enjoyed reading.
laurenevansok SILVER said...
on Aug. 14 2015 at 11:53 am
laurenevansok SILVER, Bromborough, Other
6 articles 0 photos 40 comments

Favorite Quote:
"Freely we serve, Because we freely love, as in our will to love or not; in this we stand or fall."
-John Milton

View profile
I always find myself in the middle of intricate Parks and Rec inside-joke exchanges between my friends (who all LOVE this show it seems), and your review has made me want to watch this show and see what it's all about! I love the little quirks and quotes you incorporate throughout your review, awesome job!
jamesmdodd said...
on Aug. 14 2015 at 7:22 am
In depth, descriptive and passionate! An amazing review of an amazing series.