The Legend of Zelda: Phantom Hourglass

Legend of Zelda:Phantom Hourglass was outstanding for a DS game (no offense to the makers). There was a great story line and the graphics were pretty ok. The only thing I would improve would be MAKE MORE LAND! That way you can be cruising on Epona (horse not in this game, not to get you confused. Epona is from Orcarina of Time, Majora's Mask, and Twilight Princess). You don't have to beat Legend of Zelda:Wind Waker to get the whole story because it sort of explains it in the begining, all though it would be nice. So, the game starts with Link and some pirates, along with Tetra the captain, sailing the seas, looking for treasure onboard the Ghost Ship, oooooooooooooooooooooooooohhhhh! Then, out of no where, the Ghost Ship apears. The crew catches up and Tetra jumps on. Then there's a scream, so Link tries to jump on board, but falls into the water. Later Link wakes up on a island with a fairy egging him to wake up. The fairy's name is Ciela, and she takes you to Oshus's house (sort of the guy who takes care of her) and Link and him talk about how Link wants to save Tetra. I can't give you the whole idea but Link embarks on a quest to save Tetra with a guy named Linebeck that owns the boat that you ride around on. On the way Link makes new friends and finds items and weapons on the way (sword, shield, Phantom Hourglass, boomerang, bow & arrow, hammer, grappling, bombs [2 kinds], and the new shovel). Also, ??????? I'll give you a hint, it's sort of a fusion of the Phantom Hourglass and a sword. The rest of the storyline is yours to find out. This game also has wireless 2 player mode, but you'll have to test that out yourself. Overall, I give this game 9 out of 10, because of the whole land thing earlier. Also, if you have the game or are gonna get it, get as many power crystals as you can, go down to the bottom left cornerof the southwest seas, and find this island to get to a major spinning technique. But you have to have to have the red fairy first. Hope you enjoyed my review, and I plan on making a boss manual if your havin' trouble on it. 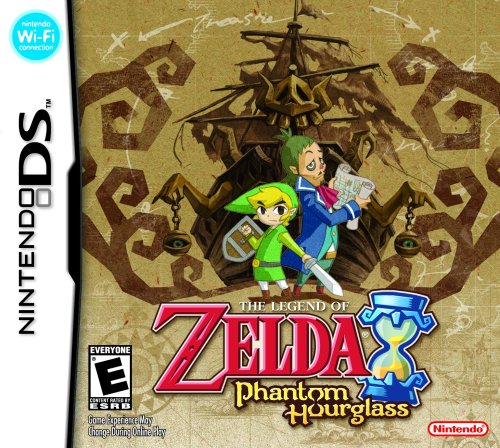