Myst VR: The re-imagining of an old classic | Teen Ink

Myst VR: The re-imagining of an old classic

Myst. A name that once was instantly recognizable to almost anyone, a name that was one of the sole reasons CD-ROM technology became as big as it was, a name that some say even killed a genre, now lies, almost forgotten. Almost.

If you haven’t figured it out already, I of course, am talking about the adventure game, Myst. A phenomenon when it was first released, Myst became the best selling computer game of all time until 2000 when The Sims took that position over. It’s story revolved around books that could be used as links to the worlds they described. Nowadays, only a small population of die-hard fans from its glory days and newcomers remember Myst. Which brings us to where Myst is at now. With several remakes and ports, Myst has been able to thrive within its niche market. But now, a definitive remaster of the game is now out, and it’s better than ever. However, before I begin to talk about this ultimate remaster of Myst, we need to delve into its history.

Mysts story begins in 1988 with two brothers, Robyn and Rand Miller. At this time, Robyn was in college and Rand was a programmer for a bank. Rand approached his brother with the idea of making an interactive storybook with an application called Hypercard. Hypercard was a programming application built for non-programmers that came with Mac computers. Applications in it were on the most basic level, interactive slideshows. Each screen was a ‘card’, and these cards could have animations played on them and they could be stitched together. With Robyn hand-drawing visuals and Rand building the game in Hypercard, they made their first game, The Manhole. The game, rather than being about story or narrative, was really just a world to explore.

After a couple of other games similar to this, the brothers decided that they wanted to make a game that was for adult audiences. After a failed pitch to Activision, Japanese company Sunsoft approached the brothers about making a game for adults. Of course, the brothers agreed, and they began to develop Myst.

The core principle of Myst and its sequels is world exploration, and this is something the was taken into great account in the development of the game. The brothers tried (and also somewhat failed) to make puzzles that were integrated naturally in the game. The game was also 3D. Now, in order to understand how big of a deal this was, we need to understand the difference between Pre-rendered 3D and Real-time 3D. Real-time 3D is the most common rendering method in video games. The 3D space is re-drawn over and over again in the matter of milliseconds. This allows for intractability in a 3D environment, but less quality graphics. Pre-rendered 3D graphics are most commonly used in films and still images. Pre-rendered graphics are not interactable, and can take hours to render a single frame. However, there is a much higher quality in textures and things like shadows and reflections.

3D graphics at this time were not at all good by today's standards. This was in the early era of Real-time 3D, and the technology was still improving. Myst went with the Pre-Rendered route. Because of the game's point-and-click nature, this approach fit perfectly. The game was composed of still images from their 3D scenes, which were created by Robyn. The graphic content of the game was amazing for its time. Although laughable now, it was considered to be photorealistic at the time of its release. The game also included several FMV (full motion video) sequences for the characters of the game, which were played by the Miller brothers.

When Myst was released, it blew up. It became the best selling PC game for almost a decade. Disney even approached the brothers about making a Mystland in one of their theme parks (a plan which obviously didn’t go through). Myst spawned 5 games within its universe, an RPG, several books, and even was considered to be made into a TV series. It was an innovation in the video games industry. People bought computers to play this game. The reason CD-ROM technology became so big is because Myst ran on CD-ROM. However, as the adventure game genre began to die and FPS games began to rise, Myst was eventually left in the dust.

However, the story of Myst does not end here. Several remakes have been made of the game. The first was released in 2000. This remaster, Myst: Masterpiece edition, featured several improvements over the colour quality, and audio quality. Later that year, realMyst was released, which was a Real-time 3D remake of Myst that featured free-roaming navigation rather than pointing and clicking. It also featured weather effects, sunsets and sunrises, and a few minor adjustments to keep the game in-sync with later content. It also featured a bonus level that gives a lead-up to the sequel of Myst, Riven. In 2014, realMyst: Masterpiece edition was released. It was for the most part a graphically enhanced version of realMyst.

This now brings us to the present day, and our newest remaster of Myst. It was originally teased in November of 2020. It is the high standard of future Myst Games. It is the first edition of Myst to be VR compatible, and was first released on Oculus Quest. It has plans to be released on other VR platforms as well as flat screen computers.

Now, onto my review of the game. The game starts you out in the middle of a starry expanse. A fissure opens above you, and a man falls out of the fissure. He begins talking as music plays in the background. The man then suddenly disappears, and now only a book is falling in his place. The book falls to the ground. When you open it, a panel on the right page shows a video-like image of an island. You place your hand on the panel, and you link to Myst.

The lore of Myst revolves around books that are created with a ‘science’ known as The Art. Books written through The Art become links to the worlds that they describe. These worlds are called ‘Ages’. In Myst, you play a character known as ‘The Stranger’, and when you start out the game, you have no idea what you are doing or how you got to this strange island. Myst is a game of exploration. You are given very little direction, rather, you must explore and put together the clues yourself. With a little exploration, you will find two books, a red book and a blue book. These books contain two brothers, both of whom have been imprisoned in the books. Right now, they cut in and out as they try to talk to you, but you can understand that they want you to free them by collecting pages for their books. Throughout the game, you will travel to four distinct ages looking for pages.

As a definitive remaster of the game, this does very well without straying too far from the source material. A few changes were made to the puzzles to make the game easier to play in VR. Unlike every other version of the game where you could only keep one page at a time, you can finally have more than one page with you, which means you don’t have to go into ages twice to get both pages. This game also features an option between the original puzzles, or puzzle randomization, so players who have already experienced Myst have to find the clues rather than use previous knowledge or notes. They also replaced the original FMV characters with CG, which I don’t like at all. The CG characters look awful, and the new voice acting isn’t that great either. I think that they should have stuck with the FMV for their characters.

When it comes to the actual gameplay Myst does really well. With smooth, intuitive gameplay and controls, it feels natural to play in VR. The game is played in free-roam and smooth-turning, but there are settings to change that to teleportation and snap-turning for those who get motion-sickness in VR. One thing I don’t really like is how there is no note-taking system in-game. Myst is a game where you MUST take notes. Part of the exploration in the game is to take notes as you explore, and it’s very annoying in VR to have to remove the headset to jot down notes. That being said, Cyan has said that they plan on adding a note-taking feature in a future update.

When it comes to the graphics, I have no real complaints. They could be better, especially with the large file size of the game, but they aren’t terrible. The game is only on Oculus Quest headsets right now, which explains the lower quality in graphics because the Quest is a mobile-class headset. Cyan has said that the graphics will be much better for PC VR and flatscreen PC, which is good news.

Overall, I think that this remaster of Myst is a masterpiece. VR has always been the ultimate platform for Myst, and now Myst is better than ever. If you have a VR headset, I would highly recommend this game. If not, then consider renting a headset, or you can wait for the flatscreen PC release! There was never a better time to get into the Myst franchise than now! 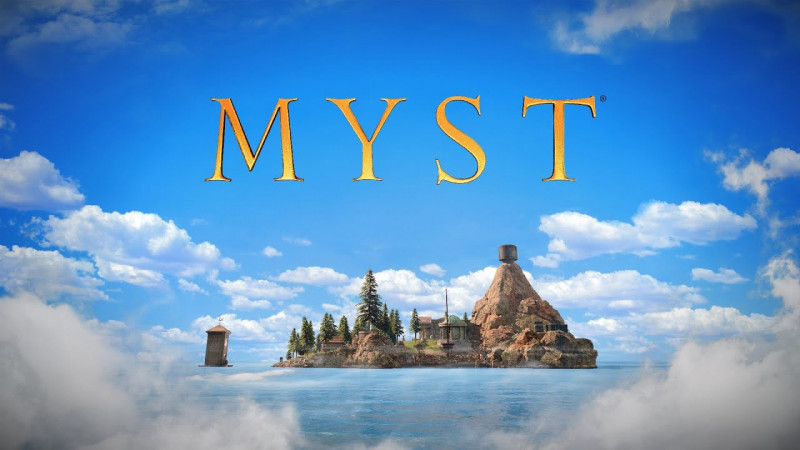 My journey into the world of Myst began about a year ago with realMyst on my phone. Needless to say, I instantly loved it. I own the whole Myst franchise on Steam and am slowly working my way through Myst III. I really enjoy puzzles games, and was super excited to see Myst in VR. In fact, Myst VR is one of the reasons I bought an Oculus Quest 2 headset. I was so excited to write this review, I wrote the first half about the history before I even played the new remaster of the game!