A few years ago, my brother and I owned Tekken Tag Tournament on the PlayStation 2. It was a blast. For those that may have missed the opportunity to play that game, Tekken Hybrid is for you.

There are some benefits and downsides about this HD rerelease. Tekken Tag Tournament plays just as well as it did twelve years ago. A huge benefit from this game is that all of the content is unlocked from the start, meaning that you don't have to keep playing through the arcade mode to unlock all the characters and endings.

As a neat bonus, Tekken Bowl is also a great diversion to stray away from the combat. The HD upgrade to the game's visuals give it a much cleaner look than on the PS2. The game is still incredibly fun to play, especially with a friend.

Aside from that, there are some flaws. A glaring one is that there is no online play. I don't get that. Tekken Tag Tournament would have been great for online play. That was a missed opportunity by Namco. Another one is that there is no real incentive to keep playing since everything is unlocked. Lastly, the visuals didn't age too well in some departments, especially the stages. They still seem like they rotate against the floor. All gripes aside, Tekken Tag Tournament is worth playing if you're a fan of the series or if you're new to the franchise.

The other part of the package (save for the movie) is Tekken Tag Tournament 2 Prologue. It is a preview of the already released sequel to Tekken Tag Tournament. It gives us four characters, each with their designs from Tekken: Blood Vengeance. Alisa, Ling Xiaoyu, Devil Kazuya, and Devil Jin are the only playable characters.

The demo gives us a nice glimpse of the gameplay of Tekken Tag 2. However, things will get stale once you realized that there's only the arcade mode, versus, and options for the preview.

Tekken Hybrid is a trip down memory lane and a look into the future. From playing a classic Tekken game beloved by many, to having a brief look into the successor.

This package is a great deal if you want Tekken Tag Tournament on your PS3. But, if you're not a fan of the series or fighting games in general, then it's not for you. I would recommend this only to fans.

It's a nice HD rerelease, although it's not up there with the Metal Gear Solid HD Collection or the God of War Collection, to name a few. 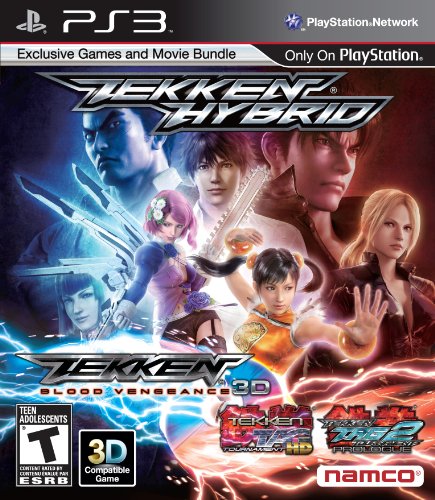