The video game, "Dance Dance Revolution X," is the latest entry in the popular line of dance simulator games published by the video game company, Konami. It is best known for being sold with an optional dance pad so that players can get a work out while getting their groove on. The game features over fifty tracks of varying musical genres, with each track having its own steps to dance to, from beginner to expert, with some songs having a bonus chart, labeled as the "challenge" chart. Though a majority of the songs are produced by Konami in-house artists, the game contains licensed tracks by many well-known artists, such as the songs, "U Can't Touch This," by rapper MC Hammer, and, "Here It Goes Again," by the band, OK Go. Regardless of familiar songs, all of them are extremely fun to listen to and play, more so if a dance pad is used. The songs' steps match the actual music surprisingly well, which has been a problem in past games, and they all help you get into the groove of the music. Konami also included what are called "boss songs," which have step charts that are designed specifically for difficulty. These songs will please veteran players and pose a challenge to those who hope to someday master the game. The game can be found at any major retailer for a very reasonable price of about thirty dollars. 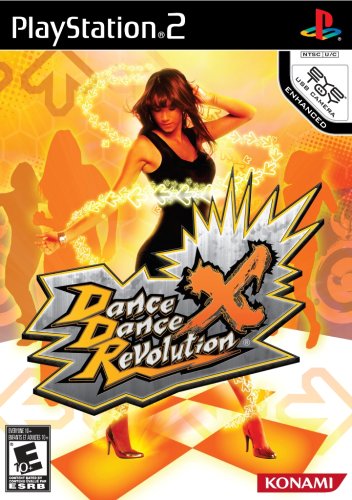