I never believed anyone when they said video games can really be addictive. I mean seriously, how can such a leisure device cause a physiological dependence. That however was all before I started playing Guitar Hero III Legends of Rock. When I first played it, I didn't really get the music or the strumming while pressing the color coated buttons. I tossed it aside and deemed it as a useless, stupid excuse for a video game by Activision.

But, it wasn't until I noticed my siblings having so much fun that I decided to give it another try. Still failing to catch the beats at first, I quickly caught on during training mode. The game can be played in career mode, quick play mode, and in multiplayer mode. There are four difficulty modes that cohort with each song ranging from easy to expert to help the player develop in skill. I would really recommend this game and all the other Guitar Hero games to anyone, especially those who like guitars. The games can be played on different consoles like Xbox 360, Nintendo Wii, PS2, PS3, and Nintendo DS. 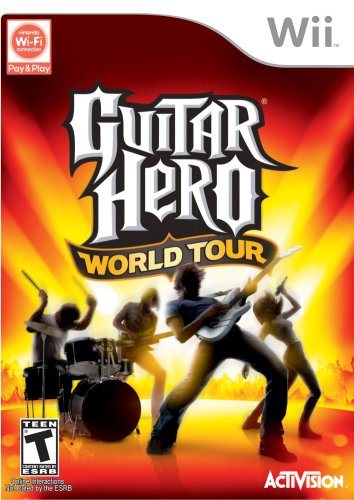 Favorite Quote:
"A lot of people are afraid of heights. Not me, I'm afraid of widths."
Steven Wright