Clearly this poses a real issue. If left unchanged, Pakistan will be left behind. The country will not be recognized or respected as a world leader and worst of all, the dreams of generations to come will go unanswered.

Perhaps it’s because Pakistan’s educational system is still entrenched in an antiquated colonial approach that the curriculum and educational policies remain outdated. Success in school in Pakistan is based solely on how much a student has memorized. There’s no hands-on experiential teaching, critical analysis or independent thinking – often considered to be the building blocks of innovation.

Further, entrenched disparities exist that prevent all Pakistani students from excelling and competing with their peers around the world. Currently, only 22% of all Pakistani girls complete primary school education as compared to 47% of all boys. Female literacy is only 45%.

Regional disparity also exists, often defining who succeeds and who doesn’t. Young people who attend public-private schools in Punjab, for example, are far more likely to be successful than their peers living in Baluchistan. In Punjab, students have better technology and are taught by better teachers.

This is not the case in poorer areas of the country like Baluchistan where there is an alarming dropout rate at the secondary school level. Teachers – considered to be the spine of educational system – are very often not qualified to do anything else.

As such, it’s no surprise that a mere 19% of students actually go on to higher levels of education. Those who drop out never develop skills needed for employment. These young people fall through the cracks and are more vulnerable to engaging in adverse activities.

This must change. Pakistan needs to adopt new ideas so Pakistani students will become responsible citizens and leaders in the world.

Government must work to develop wise leadership which comes from opening minds up to opportunities and by paving the way for personal achievement. Investing in education in this way will also help create jobs and enable young people to be more marketable and competitive with their peers around the world.

C.S Lewis once said, “The task of the modern educator is not to cut down jungles, but to irrigate deserts.” When minds are open innovation follows. By offering students the means to develop skills that will be important to the 21st century global community the country will prosper.

The government must create these means by reducing disparities wherever they exist. Public schools must be raised to the same standards as those at private schools. The curriculum must be modernized so that a culture of novelty and creativity can be nurtured. Politicians must recognize this importance so that educational reform will encourage greater support from the voters. 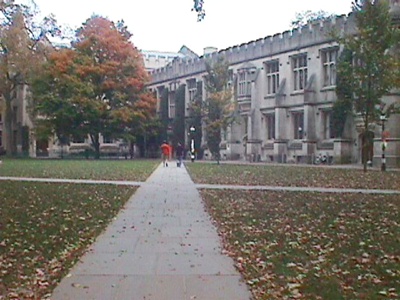 The author's comments:
This article highlights the major problems in the Pakistani education system and how it is proving to be the biggest hurdle in Pakistan's development.
Post a comment
Submit your own

Favorite Quote:
Just living is not enough. One must have sunshine, freedom, and a little flower.
~Hans Christian Anderson