The Story of the SAT boy | Teen Ink

The Story of the SAT boy MAG

Ronald is an Enigma
The most incongruous and disparate one in class
All day long this garrulous guy
Talks in paradoxes
He says he’s magnanimous and munificent
Then he says he’s rapacious and avaricious
No one can fathom his esoteric speech
So everyone just ignores him
But soon Ronald ascertains a new hobby:
Study for the SATs!
All day long and all day night
He vowed to learn all the vocabulary words:
Indulgent, pejorative, reproach, surfeit, premise
Sublime, profligate, abridge, insolent, philistine ...
The SAT words book became his sacrosanct
Studying was like a panacea to all his troubles
He wanted to be a paradigm, in fact, an epitome
For other sagacious students to idolize
Pretty soon the words mellifluously,
Flowed out into his normal speech
No longer was he the guy with an arcane speech
But a prudent guy with an
Eminent, illustrious and conspicuous wisdom
Everyone within his proximity,
Felt an ineffable trepidation of his great superiority
All those who used to ignore him
Now are sycophants
By now all the didactic teachers
Heard of this Ronald
They all thought he was just a
Spurious, apocryphal, ersatz, pseudo,
Fraudulent and sham fake
There is no way that idiosyncrasy of society is smart!
His inherent, innate and inborn qualities are being weird!
This is insolence, they say! Insolence!
But Ronald just mortified the teachers by
Easily completing the 500-word vocabulary exam
Upon scrutinizing and perusing the exam
They found that Ronald facilely got 100%
And all his subordinate proponents lauded his victory
What a smart guy ... 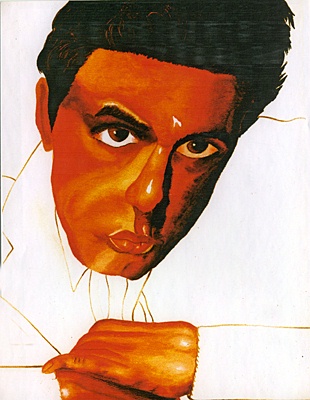 Favorite Quote:
"Always Look on the Bright Side of Life" -- Monty Python