Patriarchy weaves its way into every aspect of life and the higher education system is no exception. The virtually insignificant number of women who enter science majors is a direct indication that this sexism manifests itself especially in college science programs-- especially engineering. A mere 19.1% of United States engineers are women and furthermore, these minority female scientists often feel the need to work twice as hard in order to achieve the same recognition as that of male scientists.

“I’ll be in a group with guys going over lab results,” says Carolina, 23, “Most of them will get something and I’ll get something different as a result. [The men] don’t really acknowledge my thought processes. They’ll just assume I’m wrong, they’re right, and move on. But when a guy gets something else [as a result], they’ll say ‘Oh how did you get that?’ and reason with him.” Carolina M. is a graduate student of chemical engineering at Rensselaer Polytechnic Institute.

Rensselaer Polytechnic Institute boasts an impressive reputation in engineering, ranking as the fifth best engineering school in the United States according to USA Today. Despite its prestige the school lacks gender equality in its student body and fields. 69.1% of students identify as male, creating a male to female ratio of almost 3 to 1. Many of the female students find that this overwhelming ratio contributes to a sense of superiority among the male students which is unwarranted; “We all got into the same school so the guys need to know that I am just as smart as them,” says Jillian, another female engineer at RPI.

However when female scientists do go the extra step to assert themselves in the scientific world, more societal obstacles are created. Women are given negative labels when they are serious about their work. Ashira J., a student in the biomedical engineering program at RPI, feels that women have a different set of rules when it comes to professionalism, stating “Society tells women to be more reserved when it comes to their work...when we push extra hard to be equal, then we are called a ‘b****.’ Or maybe we are just ‘PMSing.’ Or maybe we just need to ‘get laid.’” Ashira talks about the double standards in professionalism, describing how a man seems to exert power when he is academically driven while a woman is perceived as lacking femininity when she is academically driven.

“One week I had been spending a lot of time in the lab working on a research assignment, so obviously I was not spending a ton of time worrying about my fashion or makeup as much. My parents told me then that I needed to put more of an effort into my appearance...they were pretty much telling me that I look like s*** and that I would not be taken seriously if I didn’t look ‘presentable,’” Ashira says frustratedly. “Unfortunately it is not enough to prove your intelligence at school through your work, but apparently you also need to prove yourself with your appearance.”

Appearance and assertiveness are not the only factors in a female scientist’s societal inferiority to men-- simply being at a science college as a mother has its own set of negative connotations. Carrie, 26, a chemical engineer and mother, says “Society hates me. Especially the people at my college. They think that I did not plan out my life enough, because if I did then I would not have kids right now since they think I am not giving my kids enough attention.” Carrie faces the stigma that a professional woman cannot care about her children even though her husband does not face this stigma.

With the pressures placed upon women scientists, it seems as though a single sex school might be the best solution for encouraging more women to excel in engineering. The American Psychological Association found that girls in a single sex environment have better effects on a woman’s academic confidence. “I definitely think that in an all women’s setting, girls are heard more. I think that it would be nice to not have to prove myself to guys since I need to be the best to matter while a guy just has to be adequate.” She then goes on to address the value of a coed school: “At the same time, it is very important for guys to have these interactions with women to recognize their worth. Sexism comes from ignorance and it is not intentionally existent.”

Based on Carolina’s statements, coeducational environments are a good place for male scientists to truly recognize a woman’s worth, but the question still remains of whether it is actually necessary for a woman to have a man’s recognition.

Nevertheless, the societal pressures in coed science schools brings women together, giving them a powerful sense of womanhood and comradery. Jillian remarks on her experiences with her female friends by saying “Women in engineering tend to stick together. In reality, there is not a lot of us, so it kind of forces an amazing bond.” 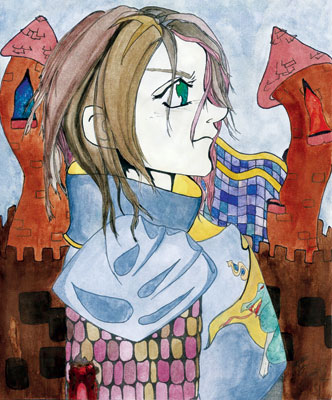 Interviewed a student at RPI- an engineering school