Favorite Quote:
“For one human being to love another; that is perhaps the most difficult of our tasks; the ultimate, the last test and proof; the work for which all other work is but preparation.”
-Rainer Maria Rilke

In the short story, Desiree’s Baby, written by Kate Chopin there is a sense of karma and consequences that is used in the story. The story explores the problem of a man’s pride overcoming the love he has for his wife and race. The purpose of this essay is to examine why Armand’s pride was bigger and more than the love for his wife, Desiree and how race changed everything.

HISTORICAL BACKGROUND/ LITERARY THEORY
The historical background of this short story is slavery. However, this story was written in 1892, which was twenty-seven years after slavery was abolished, but took place during the era of slavery. In the story, Armand is a slave owner in Louisiana. Also, the historical background puts race and heritage into the story as the key points to be seen and understood. The theory that I am applying in my story is that of Cultural Studies. The cultural studies theory concentrates on
how and the way a particular subject relates to a social class, ideology, gender, ethnicity, and nationality.

Throughout this story, Armand is portrayed as the man who had it all. He figured that because of his family name which he thought was, “…one of the oldest and proudest in Louisiana” (Chopin 1). The fact that Armand was a slave owner and came from a family whose name was well known he used his family name as another way to feel like a king besides owning slaves. Armand’s pride came first before his family because he felt like he had to protect the family name and history at any cost. For this he did not want anything to destroy who and what he was which was a well known slave owner, so he told his wife and baby to leave since he assumed that she was black. Armand did not want people to frown upon him or make him into a joke so, he felt like “…he no longer loved her, because of the unconscious injury she had brought upon his home and his name” (Chopin 2). The “unconscious injury” Armand refers to is the lost memory he feels his wife has lost of her ethnicity. Finally, Armand felt that his pride was hurt because of the shame his wife has brought to the family name of Aubigny.

In the article titled Desiree’s Baby by Mega Essays, Desiree and Armand’s relationship is described as a “superficial love influenced by pride and prejudiced, and ultimately causing destruction and death” (Mega Essays). Therefore his love for Desiree was not true but only superficial and his love for his baby “…was motivated not by genuine love, but rather by pride, because the baby is a boy who will continue his important family name” (Mega Essays). This
article shows how Armand only cared about how great his family will be seen because of the fact that he has a baby boy which can hold the family name.

In this short story love was a problem that Armand and Desiree Aubigny had. Armand met Desiree when she was eighteen when he rode past her as “she stood one day against the stone pillar” (Chopin 1). He “fell in love, as if struck by a pistol shot” (Chopin 1) which was the way that all Aubignys fell in love. It was so suddenly and he hardly knew she but he married her right off and she had his son. I believe Desiree loved Armand and her son more than Armand ever tried to because she knew that he was a good man and he changed after he met her. However, the only true love she had was the love for her adoptive parents. The only true love throughout the story was Armand’s and Desiree’s parents.

In the article Desiree’s Baby Group, the critic bmadnick, writes about how love is a main point of Desiree’s Baby and the impact that it had on Desiree the most. He says that “the kinds of love shown in the story tell us that love means different things to different people. To Armand, his love for Desiree is superficial instead of a deep-seated feeling. This is shown when Armand’s love for Desiree changes so quickly.” This article is about the claims of Desiree’s Baby and what the main points are. Also, it shows the impact that society can have on us.

Race is the second major issue in the short story besides pride. Since Armand figured that he knew his past and who he actually was and he assumed that Desiree was the reason why their
baby is mixed. Also, because of the fact that Desiree was adopted and did not know what her ethnicity was Armand felt like her race, which he assumed was black, changes everything. Race is a color not an origin and Desiree looked white and white features which were pale hands and grey eyes. Even though she had an “obscure origin” (Chopin 1), Desiree was thought that she was not the reason for the problem they had which was their baby being mixed.

In the article The Power of Writing, by Becamm she talks about race and how this story is at first seemed as a Cinderella story with a big secret. Becamm describes how the author, Kate Chopin “demonstrates how racism played a major part in people’s lives in the 1800s”. Racism did play a major role because when it was found out that the baby was mixed everything changed such as Armand’s mood and Desiree’s happiness. Desiree was happy when she had the baby and Armand was as happy and nice to the slaves then before but after he saw his child growing to be mixed it changed his whole attitude.

MAJOR OPPOSING
The opposing side of my argument is that Desiree’s Baby has nothing to do with love but only pride and prejudice. Jmeenach, a critic in the article of the claims of Desiree’s Baby, has his own opinion that slightly differentiates from mines. He says that the story uses racism, a man’s selfishness, and how blood is thicker than water.

CONCLUSION
In the story, Desiree’s Baby, written by Kate Chopin in 1892, there are plenty of topics that are brought along such as gender issues, womanism, and race. However, the problem of this short story is Armand’s pride overcoming the love he has for his wife Desiree. His problem was that he had too much pride especially for his family name. He felt like everything evolved around his name and him. Desiree did have love for Armand and thought he felt the same but apparently Armand only cared about showing off his family and power. This problem can be solved by realizing that a family name is not what always makes us who we are. It is up to us to become better than just a name that is the proudest. 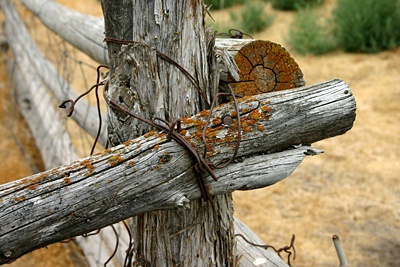 The author's comments:
I wrote this for Freshmen composition 1. It is an literary analysis & has 3 thesis(basically 3 parts) each thesis has 2 paragraphs. My thesis's were PRIDE, RACE, & LOVE. The story was written in 1892 by Kate Chopin
Post a comment
Submit your own

Favorite Quote:
"There are all these ideas about what is perfect and what is beautifu land what is smart,but the most appealing thing is,that which is me is nobody else"