When I was little, I hated crayons.

I prided myself on my superior fine motor skills. I always colored inside the lines, and cut paper perfectly along the thick black outlines even if I took twice as long. I always had neat, legible handwriting that all the other first graders envied (or so I thought).

Crayons, to my six-year-old mind, symbolized everything that was wrong with the world. The color was always lumpy and uneven, so it was virtually impossible to color completely inside the lines. Crayons smelled like burning cardboard mixed with old potpourri, and broke too easily. I could never sharpen them, even with a special crayon sharpener, so they were as nice as when they'd first come out of the box. After I used a crayon once, the point would become rounded, defective. Eventually, the paper wrapping would slide off or the crayon would get so short I would have to tear away the label. The crayon wasn't perfect anymore. It was ratty. Blunt. Short. Ugly.

Ten years later, I still have something of a profound preoccupation with perfection.

Recently I was making a birthday card for a friend. It was beautiful - I had cut out flowers from construction paper and pasted them on. I meticulously outlined each flower with glitter glue and drew "Happy Birthday," braving the brain-cell-slaughtering odor of a Sharpie marker. After cutting the words out, I pasted them onto the front of the card and outlined them in glitter glue. The card sparkled under the lamplight and the flowers were exquisite. I had made the card so that some of the flowers were pasted outside the edge to give them a three-dimensional effect.

Then I noticed one of the flowers seemed at a slight angle. I delicately tried to peel it off and reposition it. Then the unspeakable happened - a soft ripping sound that was murder to my ears. I had torn the flower, and ruined the card. Stupid, stupid me. I trashed the defective card and started over. By the end of the night my right hand was almost immobile, but I felt good because when I finished, the card was a masterpiece.

For me, perfectionism is not just a state of mind, it is a way of life. Sometimes, I'll fool myself into thinking that I've conquered the unruly monster. Every now and then, some wild passion will seize me and I'll go on a rampage, pretending not to care about school or work. A rebel refusing to give in to the standards of conformity, I will refuse to study for a test. I will defiantly procrastinate and smirk at my homework. A mountain range of textbooks, surrounded by foothills of papers, folders and writing utensils will accumulate on my desk. As a strange sort of torture, I will glare insolently at my work. And just like a well-formulated Faustian story, the devil always wins. I will be lured into a hypnotic trance, and forced to recommence my nightly pagan ritual of copying strange symbols from dusty old books and reading ancient tomes of incomprehensible text.

All right, you're probably thinking that I'm some kind of an obsessive-compulsive freak. I'm not, really. Doesn't anyone understand that I simply like to take pride in my work? I believe that if a person puts her name on something and claims it as her own, she should be able to say, "I did that, and I'm proud of it." I really don't understand how anyone can make something second-rate without feeling the slightest bit of shame. Well, maybe I am a bit obsessive-compulsive. But what's so terrible about that? I like things neat and orderly, so sue me. Besides, everyone has high expectations of me. At least, that's what I tell myself. If you don't do well, I think, you're disappointing everyone. But most important, I am disappointing myself.

Everyone has a quirk - some eccentricity that may ultimately lead to his or her doom. Mine is, of course, my infatuation with perfection. It's really a question I ask myself every day: How far am I willing to go to reach that goal of excellence, to try to make an abstract ideal a reality? Consciously or not, every human being has to ask him or herself that same question. For most, the answer is simple: As far as I want to. For me, the answer is even simpler, and yet altogether much more complicated: All the way. Even if it means giving up some of the things I care about, I guess I enjoy the pressure of having to accomplish a challenging task - almost in some vaguely self-destructive way.

It's addictive, that euphoric high I get when I come so close to my goal of perfection. In that sense, perfectionism is almost like a drug, an insidious poison that infiltrates every corner of my mind. A self-induced madness that one moment raises me to the pinnacle of elation, and the next drags me to the darkest recesses of frustration and despair. Sometimes I think I'd give up just about anything for one more hit of that pleasure, almost completely regardless of the consequences.

And now reality hits me, full force. My blind ambition for the ideal has made me lose sight of the practical. This perfectionism is a drug I've abused, and now it's taken me over the edge. Finally, I'm beginning to understand what my friends and family have been telling me. I need to end this fanatical quest. Most of my life is spent at school, working, or at home in my room, working. My mother complains that she never sees me, and she's right. I'm not even sure my brother and sister know what I look like, let alone the kind of person I am - other than being an overstressed workaholic. In trying to perfect what could never be perfect, I waste hours that could be better spent.

"Enjoy your youth because it won't last forever," says my grandmother. There's something to think about.

Sometimes, I guess, you just have to stop and smell the crayons. 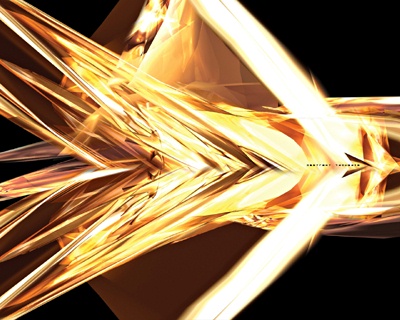