"Daddy, may I give you a check-up?" I distinctlyremember carrying my black Fisher-Price doctor's kit around with me everywherewhen I was young. While all the other children played with Barbie dolls ordressed up their American Girl dolls, I played G.I. Joes and Ghostbusters, whowould fight until an unfortunate Joe stepped into the line of fire. My trusty kitwas always next to me so that I could bandage legs, give my Ghostbusterscheck-ups, and listen to the heartbeats of all my stuffed animals. And amazingly,my G.I. Joe patient (he was always the most injured) always survived.

WhenI decided to attend a leadership forum on medicine last summer, I figured I wouldget to see doctors helping their patients and, just like on television, no onewould die. I imagined doctors with personal lives racy enough to fill pages of ajournal, but in that week I learned how wrong my perceptions were.

Spending a day in the emergency room, I witnessed events I never thought I wouldsee. I was on the helicopter pad when Life Star flew in with a girl only twoyears older than me. She had been riding a horse, and was trampled when she felloff. I watched her face, the pain intensifying with each moment, and realizedthat I was not in TV's "ER" and my little black Fisher-Price bag couldnot mend all the wounds as I had imagined when I was younger. Then, I hadexpected that my plastic syringe filled with fake liquid would take care of allthe pain.

I watched the girl (who easily could have been me) as she wasrushed to a private room. I heard the beeping of the heart monitor and hergroans. But I did not see the frantic rushing and screaming of the doctors I'dalways imagined. The surgeon and the nurses were quiet, intent on their work.There were no orders, only requests for instruments. On "ER" I remembertwo doctors fighting, one yelling at the other for using an outdated method. Iexpected that kind of chaos, not the composure I witnessed.

As they beganoperating, I was whisked away to another section of the emergency room where Isaw a cancer patient yellow with illness. Her family, who did not want to respecther living will, wished to keep her on life support. I realized that as a doctorI would have to deal with these moral issues. As I walked by, I could not helpremembering when I had envisioned my bunny ill with cancer. Not once in myimagination had he ever been so ill that he could not open his eyes. Not oncecould I see the burning pain on his face. And never did I picture Flopsy notsurviving.

As the week progressed, I realized that my call to be a doctor,without the glamour I'd imagined, was growing stronger. I saw cadavers and got tolook inside the human body with its intestines, ligaments and bones. But, despiteall my altered views of the field of medicine, I felt blessed to have had theopportunity to learn. Now I realize that my days carrying around my doctor's bagand pretending to fix G.I. Joes were just the beginning of a new type oftraining: the training that involves the acceptance of reality. 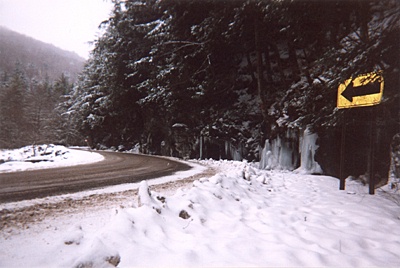