When I was eight, I had the best Cher impersonation around. Of course, I didn't know anyone else who did Cher impressions. I had a knack for stealing the spotlight with entertaining impersonations and characters. But when middle school arrived, I felt funny in a different way: I hadn't yet grown into my size-11 feet and my hair part was way too far to the right. It wasn't until high school that I felt comfortable being myself and letting my humorous side show again.

Junior year, my Theory of Knowledge teacher noticed my inner Tina Fey starting to emerge. She kept me after class one day and said, “You need to write for the humor section in the school paper.” The humor section? I thought. Me? Sure, I was clever in class, but could I transfer my quirky humor to newspaper articles? After a brief internal debate, I accepted the challenge and took the position. I contacted the editors and started brainstorming.

I decided to look at past humor articles for inspiration and found a surprising trend: for the past six years, there had not been one female humor writer. I was shocked, considering the great female comedy role models I had: Lucille Ball, Amy Poehler, Kristen Wiig. For some reason, female comedy wasn't popular in my high school, and I felt it was my obligation to enlighten the community. Hello, first article,/i> I thought.

I created a video exposing the lack of female writers on the humor staff and uploaded it to our online newspaper. I created a segment where I played an undercover reporter intent on revealing the plot to establish male domination within the school paper's humor section. I called it “60 Minutemen” – after our mascot, The Minuteman. I shot, edited, and uploaded the video. Students and teachers alike thought it was hilarious, but I wanted more than just positive feedback. I genuinely wanted my peers to understand that women can be funny.

I recruited more female writers for the humor staff and encouraged girls who couldn't commit the time to submit one-off articles. Girls began contributing articles left and right. We even started a recurring feature called “Dear Carissa,” a fake advice column that humorously addressed girls' problems. Today, there are four females out of the 11 writers in the humor section, a slow but effective transition to a better future for the newspaper.

It might sound a little ridiculous to say that I changed my school, but I hope I helped influence other girls to meet their potential. I established a precedent that future female writers could follow because I accepted myself as what I naturally was: funny.

But what do I know about funny? I'm just a girl. 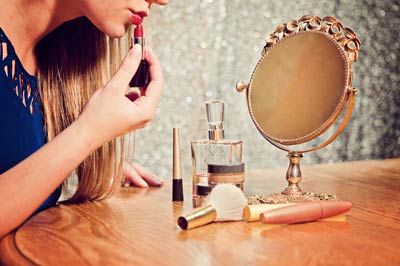 The author's comments:
I was having trouble on what I decided to write about for my college essay, until I finally realized I should write about what I do best. Humor.
Post a comment
Submit your own

View profile
Hahaha! Loved the ending - fan-tas-tic! You have a real knack for humour! I love that you didn't just do what you did for praise, but for fellow female students to work towards becoming more accomplished in the field. I am very, very inspired, being a girl. I would love for you to check out some of my stuff, please? Thank you! Keep writing :)