What Are You? | Teen Ink

What Are You? MAG

Favorite Quote:
"There are far, far better things ahead than any we leave behind." -C.S. Lewis

I’m bombarded with this somewhat intrusive question wherever I go. In response I love to toy with askers’ minds. Typically I say I’m black and white, but if I’m feeling adventurous, I’ll say, “I’m half Dominican” or “I’m from the Philippines.” I rarely say, “I don’t know.” I hate to admit that I have no idea what I am. But every once in a while, I share the story of my origin with wide-eyed inquisitors.

The plan was for me to be half my mother and half my father. No one planned for the event that created me. No one thought that a virtually-unheard-of mix-up in an artificial insemination procedure would cause a white couple to conceive triplets who clearly were not white.

When I say this, I’m immediately and inconveniently bombarded with a litany of questions:

“How did your parents not know?” “Who’s your real dad then?” “What does that make you?”

When my sisters and I were born, we looked like every other new baby: red and wrinkly. Our tired mother and terrified father were too relieved that their precious baby girls had arrived safely to wonder whether we were biologically theirs. As we grew and our gurgles turned into half-formed words, our father’s Italian heritage became a more and more dubious explanation for our explosion of curly hair and increasingly dark skin. A few years after our birth, my parents received a call from the hospital and were faced with a shocking reality: their three girls were biologically half from a stranger.

When I look in the mirror, my mother’s bright blue eyes stare back at me, but no trace of my father is there – no features of that surly yet clever man with unruly hair reminiscent of an Italian Einstein. Instead I see brown skin, kinky hair, and African features – characteristics from my biological father. But who is my real father?

My dad is. He is the one who raised me. My dad taught me how to ride a bike, assembled bookshelves when I filled up my first few, and let me vent to him when life was tough. Though we are not genetically related, my dad will always be more of a parent to me than my mysterious biological father.

Who am I? Do I call myself Italian? I was raised in a rambunctious family in which everyone speaks at once. When the front door flies open, my dad’s yell of “Chiudere la porta!” (“Close the door!”) immediately follows. “Andiamo!” (“Let’s go!”) rushes us out the door and into the minivan when we’re running late.

Or do I call myself something else that better fits the way I look and act? I blend in with black and Latina cultures more seamlessly than I do with my own family. When I’m nestled in those circles, no one looks at me sideways for being different.

I may never know where I come from. But because I cannot define myself racially, I bridge the gap between races. I realize that I am more than the color of my skin, where I come from, and the story that explains why I am half a mystery.

I am a friend and an avid reader. I hate the color pink and love the word “plethora.” I am crazy about soccer and find peace on long runs at the crack of dawn. These things are what make me Denise – more than my ethnicity ever will. 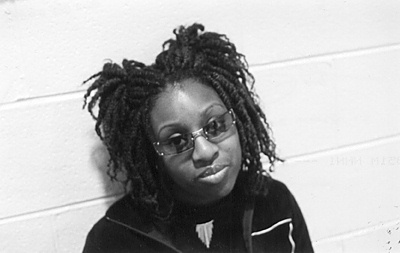