SuperNOVA: "Through the Looking Scope"

Westfield led us up a winding flight of stairs to the penultimate floor of the former location of Charter National, Inc. To my surprise the floor was empty except for a wooden chair in the corner of the room, where a young man was bound and gagged.

“Ah, this must be our fall guy,” Morty said, breaking the silence. He went over to the chair and released the captive, but gripped his shoulder tightly and prodded him in the back with a silenced pistol. I watched the scene carefully for a moment before Westfield motioned for me to guard the staircase. I didn’t feel the need to point out that should a squad of policemen arrive, the measly Kevlar vest I wore beneath my suit would do little to protect me.

Westfield opened his briefcase and began assembling his bolt-action sniper rifle behind a curtained window. At a public event as large as the one we were crashing, the scope of the gun would have to remain hidden as long as humanly possible before we poked our heads out for the kill.

“What are you doing?” Our unfortunate guest managed to mumble through his gag. Morty dug the barrel of his pistol further into his back before answering.

“Why, Mr. Allen Stevenson, you are about to assassinate Presidential candidate Luther Jameson. You’re a deranged, sick man. You’ve been missing for a week now, you know. When the police searched your apartment they found a number of unregistered firearms, illegal drugs, and eleven copies of Alice in Wonderland, all disturbingly annotated. I daresay you’ve got all the makings of a serial killer,” Westfield informed him.

A shiver went down my spine as I listened to Westfield break down the entire framing of the operation. Project NOVA was notoriously thorough, and the operation would undoubtedly end in Stevenson’s death. I wondered how the Project chose its victim. It certainly couldn’t be by chance, and the sheer amount of information that Westfield had on our fall guy was ridiculous.

“Allen Edward Stevenson, age 26. Born and raised in Trebuchet, New Jersey, moved to Manhattan eleven months ago after being fired from your job at Pizza Plaza. You dropped out of Trebuchet High when you were sixteen after you were accused of molesting another student, a charge you were later acquitted for. Police records note that you’ve been charged twice with possession of illegal narcotics. Parents are deceased; your father was a deadbeat who left when you were four, your mother was a drug addict and a prostitute who left you in the care of a foster family at age seven. Unsurprisingly, you’ve had a history of mental illnesses ranging from paranoid schizophrenia to an uncontrollable obsession with birds. Need I go on?”

Tears welled up in Stevenson’s eyes as he shook his head and looked away. Westfield shook his head and returned to his rifle. I checked my wristwatch; we were a mere fifteen minutes away from show time. From another window, I looked down at the streets below. The roads had been blocked off to accommodate the crowd, and Luther Jameson’s face had been plastered everywhere. Having lived the past four months as a shut in from society, I didn’t know his political stances or particularly care. I took note that the campaign photo painted the man as particularly cunning, emblazoned with the slogan “Take Charge for America”.

Markus Westfield clapped his hands together and a devilish grin lit up his face.

“Alright, boys, it’s time for our friend Allen over here to make history. Now if we assume that the Alice in Wonderland books were the trigger in some sort of wild conspiracy, what would be a fitting one-liner?” Westfield said snidely as he trained his sites through the curtain, readying his arm to pull it aside at the last second. His process was meticulous, the sign of a true trained professional.

“Through the looking scope,” I provided. Westfield and Mortimer both shot me concerned looks, which I mirrored in confusion.

“How do you remember anything about Wonderland enough to make a reference, John?” Morty asked as he held close to our hostage.

“We don’t have time for this psychological bulls*** right now, fellas,” Westfield said sternly. “Take our guest to the roof, please.”

Morty grabbed Stevenson as I led the way up the staircase. Not fully aware of what was going on, I voiced concern for the plan’s completion.

“And what are we going to the roof for, Sam?”

“To tie up our loose end,” he replied coldly.

Morty ordered Stevenson to stand at the edge of the roof, facing us. He removed the mouth gag, but we kept our guns aimed at his chest to avoid having our victim give away our position. In a hoarse whisper, Allen Edward Stevenson asked me a personal question.

“Why are you doing this?”

I thought about the answer for a split second before two shots rang out and the crowd below erupted into screams of terror. This was, after all, New York, the prime target of foreign and domestic terrorist attacks. Within seconds, Westfield had joined us on the roof and tossed his now empty rifle towards Stevenson.

“I’ll clean things up,” Mortimer announced as he went to reach for his second sidearm. I heard an audible gasp when he realized it was not in the holster where he’d left it, but instead it was produced from the hoodie being worn by Stevenson.

“I’m sorry,” he croaked as he fired at Morty. The shot connected solidly in his left arm, and I instinctively fired back with my magnums. As practiced on civilian missions, I purposefully missed my target, so as to not damage our fall guy. In his sudden fear and alarm, Stevenson stumbled backward, tripping over Westfield’s sniper rifle and tumbling from the roof of Charter National.

As Allen Edward Stevenson and the sniper rifle he didn’t use came to a sickening crash on the sidewalk below, Westfield and I were bandaging Morty’s arm. We didn’t have the means or the time to remove the bullet, so he would have to do without medical attention for some time.

As we rushed out of the building and into the tumultuous swarm of panicking sheep, our weapons now safely stored in our briefcases, we went our separate ways. Morty took off the fastest, not wanting to draw attention to his bullet wound. I continued south towards a subway entrance, but I was caught off guard when I was yanked into the back of a parked van by a stranger. My captor knew to immediately relieve me of my briefcase and had me restrained before I had any idea what was happening, and I was unfortunately at his mercy.

“Dammit, John Lange, I never thought I’d live to see the day you were working with Project NOVA,” the man said. 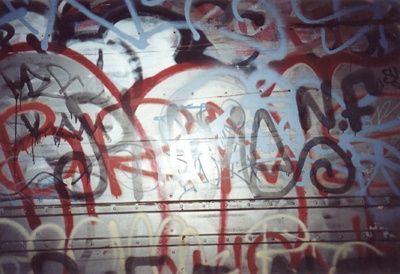 The author's comments:
The third chapter in a series of short vignettes chronicling a private investigator who finds himself in a literal worst case scenario.
Post a comment
Submit your own