Something’s not right, she looked to her left and then her right looking for what might be wrong, but nothing seemed amiss. She lifted her school bag to her shoulder and walked into her class knowing as a new student that every eye would be trained on her. Yet she still had the feeling that something was off. She couldn’t explain it and as she took her seat, she tried to ignore the passing glances from the rest of the students. No one likes to be the new kid and this was not her first time. She just knew something wasn’t right with this town ever since she moved in. It felt almost like she had been followed, but every time she turned around; she was alone. But that’s when he walked in. A tall, broad, angry, blond, and scary looking man walked in she didn’t know how else to explain this man. She never would have given him a passing glance except she’d seen him every night for as long as she could remember. Not in person, no, this was the first time she had ever meet the man but she had seen him in her dreams. Every night he would woo her and she would fall for the dangerous stranger. Why was he dangerous you might ask? He seemed innocent enough, maybe a little rough around the edges, maybe he came from a bad home. He couldn’t figure it out, but every night right before she woke up, he killed her. 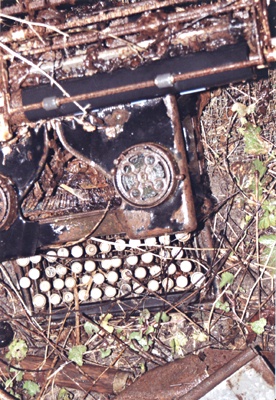 The author's comments:
This was my first draft of my collage essay the prompt was write a short story with the prompt Somethings not right... What do you think?
Post a comment
Submit your own

View profile
Interesting, I hope you will expand on the story. You could even write a novel about this. I really hope you continue the story. Keep writing :)