At Odds With the Universe | Teen Ink

At Odds With the Universe

"367 to 1 against," Callsito said, his face blue in the glow of his interface screen. He pushed buttons and pulled levers as numbers danced across the screen.

"Yeah, where's the fun in that?" said Phobos and Deimos, lying on the floor reading the latest Ion Man comics.

"You should know me by now guys," I chided, "Patience does not run in my family."

I bet you're wondering: what's with the funny names, right? First off, they're not our real names. Our school unit forms an ellipse around a central courtyard, and in fourth grade our classes formed a perfect orbit, with no backtracking, around the courtyard. So, we named ourselves after the moons of different planets. Except for the twins, Phobos and Deimos, who both chose Mars.

It's never happened again, and this year (eighth grade), just like every year, the chances are the same: 367 to 1 against.

I sighed and pressed the button on the control pad beside me. I swiveled my chair around to face it as a slowly rotating grid bleeped into existence above the console. A sign in the middle proclaimed: "Reality: You Are Here" Everything beyond that point was 'unreality', the realm of imagination.

"Anyone have any good dreams lately?" I asked hopefully.

"I had a dream," said Callisto thoughtfully, "that I discovered the exact date of the end of the world."

"Can't you do that already?" asked Phobos, his voice dripping with sarcasm.

"Oh, I thought you were like, a walking calculator or something," Deimos said.

"Besides," Deimos chimed in, “Didn’t she say good dreams?"

Callisto opened his mouth indignantly as if he were about to come back with a real zinger when I interrupted him. "You have to admit, the apocalypse isn't exactly what you would call fun."

"And anywho," Deimos added, “I’m tired of dream land, let's play outside for once."

"Outside!" Callisto jumped as if he'd been shot at. "Are you terminally insane? There's. . . nature out there!" he said as if it were some unspeakable horror.

Phobos and Deimos disappeared into the back room while Callisto started to list of all the things that could possibly go wrong if we were to ever go outside (heaven forbid). I ignored him and spun around in my chair until the twins came back.

They were carrying a big red ball. "Kickball anyone?" Phobos said, bouncing the ball up and down on his palm.

"Great!" I said and practically leapt from my chair.

"But nothing," said Deimos,"Come on nature boy, let's play ball."

Callisto groaned and hunched his shoulders in defeat. "Alright, but I'm not going to like it. Not one bit," he promised.

"Aw, that's what you always say," I said, playfully punching him on the shoulder. He winced and followed us outside.

The game of kickball lasted well into the afternoon. With four people it's kind of hard to play, but we managed. We didn't have teams, though. It was actually much easier to win that way.

"Hey guys," Callisto called from the outfield. His voice was shaky and uneasy.

"What is it?" asked Deimos mockingly, “Did you get nature on you?"

And then I felt it. A drop of rain. I turned to the others, and the looks on their faces told me they'd felt it too. They were all staring at me, waiting for me to tell them what to do.

"To the ship!" I yelled, turning tail and speeding away as fast as my legs would carry me. I didn't look back to see if the others followed, but I could hear their feet beating on the pavement.

We ran and ran, lungs ready to burst, hearts ready to jump out of our chests, until we reached the club house. I pulled the old musty blanket away to reveal our ship. It was tall and all gleaming steel. We stared at it in awe, not believing we would actually get to use it. Above us, the ceiling started to dissolve.

We jumped into our ship, and right away Callisto was at the controls, opening the sky hatch and preparing to launch.

A roaring sound filled our ears as we rocketed into the atmosphere. I'd like to hear Callisto calculate the odds of that. The four moons, finally in orbit. But no one said a word as we gazed out the window and watched the planet transform into a giant cloud of salty interstellar goop. Then, we turned the ship around and headed for a tiny blue-green planet in the spiral arm of the Milky Way. 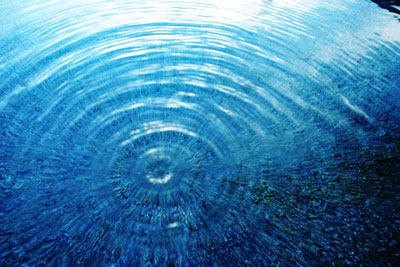