​     In a small town in Kerala,there lived a poor farmer and his only daughter ,Rita. The farmer found his daily bread by doing hard labor. He was determined to keep his daughter happy . He had high hopes for his only daughter since her mother had left them when Rita was born. Rita was a very imaginative young girl who had a particular insight for fairies. She believed that fairies were her world, fairies she thought ,was the answer to everything.

Everyday, the farmer would do a tedious job in order to keep his family healthy. He was forever working diligently under the hot, blazing Indian sun. He only had a towel to wipe away his sweat. The farmer cut himself many times during the process of weed-cutting. He did not have a bandage or anything to stop the pain. At those times he would look at the blood and think of his only daughter; he would never complain and worked very diligently . Rita  watched her father impassively by the windowsill ,she would see him as nothing but an imposter, a man just out there, a man who meant nothing to her. She spend day and night talking to her beloved fairy she believed lived in her room. Everyday she grew more and more greedy and she would demand different things to her fairy. Her greed was a seed that would never get stumped.

“ My Faithful Fairy! I order you to get me the newest bag!” Every single day when morning came whatever she had asked for would be laying on her bedside table. No pain or suffering ever touched the girl’s mind or heart. The farmer would work the whole day without any rest for weeks and weeks. Each time the girl saw her father working outside she would say, “ Oh fairy, why is this man working so hard?He is a lunatic!” The girl’s room was like a mini grocery store packed with anything a girl would ever need: a pencil case, a bag, a bed, coats, toys, puppets, dolls and lots of other things. Nothing would fulfill her heart though. She was always hungry for more and more. Her heart was a pot that could never be filled to the top. Each time she would ask for more and more and more. Her father knew her very well and was sad to see how bad his girl had become; an unbearable pain tugged at his heart.
One day she asked her fairy for a wristwatch but when she woke up her table was empty. She was indignant and startled . When she looked outside her father was not there! She slowly walked through the narrow corridor and saw her dad  lying on the floor...dead. Rita was shocked and dumbfounded . She resolved that it was just some silly dream . Feeling thirsty she looked for some water,but found none. She looked for some food, but found nothing. She searched for some money, but found emptiness .
“Oh fairy! What is going on?”

Upon realizing that this was no dream Rita burst into tears. “What will I do now! Fairy give me what i asked you for! Fairy! Fairy!! FAIRY!!!” The room was as silent as a mouse. A stillness swept the room. Nothing appeared. A sudden burst of sparkling light caught the girl’s eye. The magical light spoke to her, “Rita,child you are a very selfish and thoughtless girl! Have you ever really seen or felt there was a fairy with you all along?” “Think about your life and see if you can find the hidden truth!” “The answer lay close to you my girl.” With that the light left.

A trembling Rita thought to herself: She always had food on her table,she always had water to drink, she always had a coat to keep her warm. The fairy gave it to me she thought; Rita thought again but realized that it was not any fairy that gave her all this, but her fairy;the true fairy; the magical fairy; the real fairy. The king of fairyland. Her dad! This thought lived on for years in her head leaving a deep scar through her life. Sometimes the truth is not always very obvious, but it is present, and it lives through every child and every generation and most importantly, it lives through you and me ...! 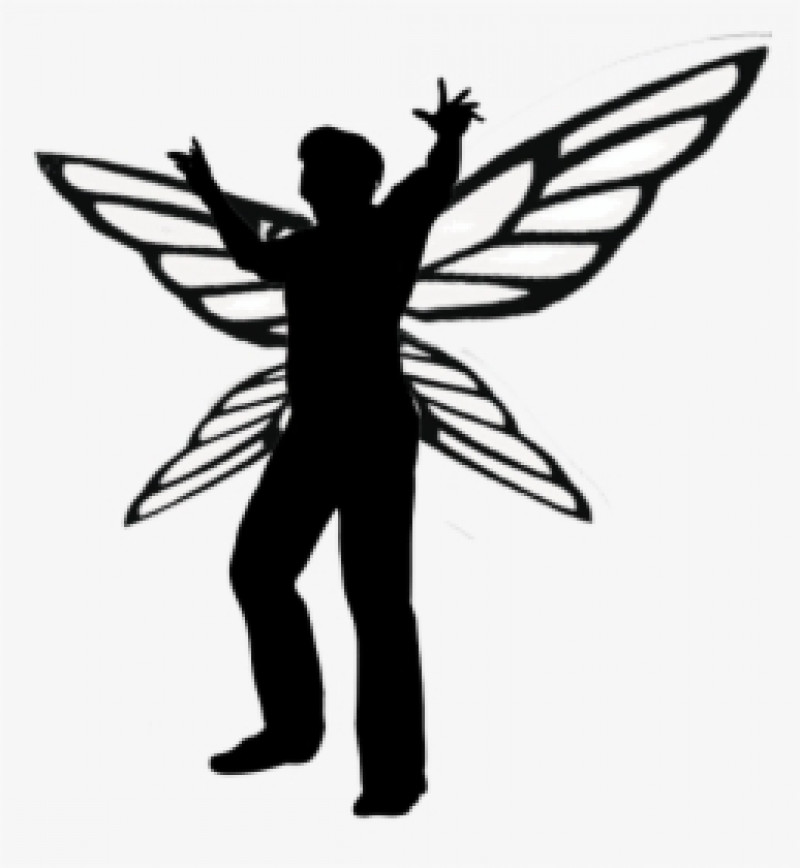 View profile
Please like/vote this if you come across :)