LIAH AND THE BUTTERFLY | Teen Ink

LIAH AND THE BUTTERFLY

It was a bright morning, and the sun was shining dazzlingly on the center of the blue and azure cloudless sky. beneath this adorable sky was our little Liah living with her mesmerizing and obsessive flower garden which was certainly filled with different types and odors of flowers. Liah loved living in a world which is crammed and rich with blossom. and whenever the sun rose she run out with great ecstasy and always check her dear plants with a pleased and pleasurable look as her first duty of the day. she had no one except these adorable plants. so she spent more time in her life in her flower garden which was her comfort zone and thought about how lovely would it be to sophisticate her garden and grow her plants abundantly. as days passed she saw her flowers growing very adorable and stunning than they appeared to be. she was so happy and also frowning about how did this happen, then she saw a beautiful butterfly entering the flower garden and drinking nectar from every flower and plant in her garden. she felt really happy about it and also she joined the butterfly's ecstasy. when days passed she thought to herself that this butterfly is so glamourous and stunning, so she felt a desire to keep it forever with her by not letting it go to its forest. so, the next day once the butterfly came into her territory she tried to catch it, but the butterfly felt a sudden pound of fear and it never came back. so then Liah was in a feeling of great sorrow and got guilty about herself for acting so wicked and she was sitting in her garden so lonely. as days passed she was anticipating for the butterfly but it never came.

since the butterfly didn't come all the plants also got withered. and the whole flower garden got lonely again as usual. so, when Liah realized the mistake she did she thought of going to the forest to search for the butterfly. she was roaming around the whole forest but, she couldn't find the butterfly. then she sat down crying and said " oh butterfly, I don't know where you are but all I have to say to you is I know I've done a mistake and I apologize to you for it! now please come back to my garden.", she cried but there was no creature appearing and as the sky was slowly getting dark so she thought of going home. she went home and tried to sophisticate her mind from this incident but she couldn't. so she went to bed without even looking at her plants as she had a habit of staring at her plants for a while before she go to bed. but now she was lying on her bed upset and tearing but then she fell asleep without her knowledge. when the sun rose and dazzlingly shined on the center of the sky Liah woke up due to the sun rays which are entering her room through the cracks of her curtain. she saw something unusual from the view of her garden by the window. then she quickly ran out to check what was going on, then she saw that adorable butterfly which left her garden was back. she was jumping so high and singing with extreme ecstasy. then she realized there was not only that one butterfly but about a hundred different butterflies in her garden drinking nectar from her fruitful plants. and they all got together and started roaming around Liah. that butterfly said " Liah, you did a mistake and I know but, the real reason why I didn't come to your flower garden is to make you realize the mistake you've done" the butterfly paused for a second and said "well, now because you realized the mistake you did I give you all my butterflies to make you feel less lonely and to let your garden become more sophisticated", Liah was shocked and was in an indescribable feeling. then she went closer to each butterfly and played with them with so much joyfulness. and also she realized that harassing, harming, or hurting animals or other living beings which is a part of our nature is a bad habit. 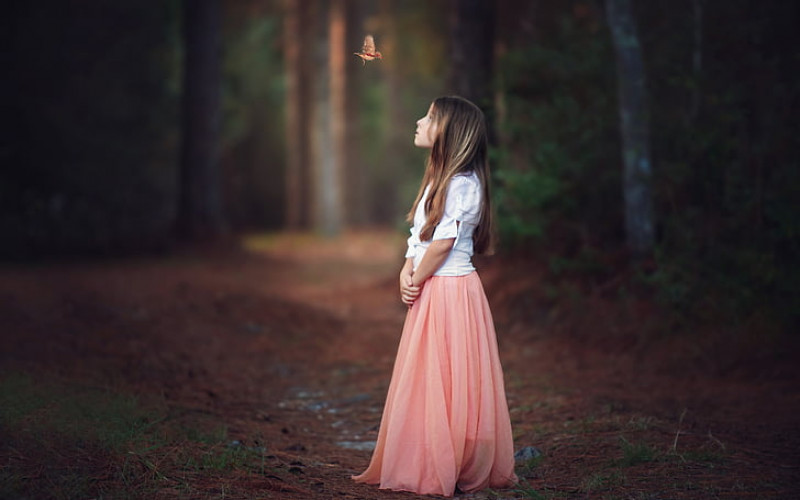 we should love our mother nature and all the living beings which are included in our environment is the conclusion of this story I hope you guys enjoy this...

View profile
@Tessa_DreamAuthor3 thanks for pointing out my mistake...i appreciate the opportunity to develop myself, 'and i hope you enjoyed the story'...
aalaazah1 PLATINUM said...
on Jan. 22 at 11:13 pm
aalaazah1 PLATINUM, Colombo, Other
31 articles 2 photos 145 comments

Favorite Quote:
"The way I see it, if you want the rainbow, you gotta put up with the rain." - Dolly Parton
" Balance your life with spiritual experiences that remind and prepare you for continued, daily ministering to others." - M. Russell Ballard
"Love is expressed in a smile, a wave, a kind comment, a compliment." - Thomas S. Monson

View profile
It was nice, and I liked the use of extensive words, but the grammar confused me a bit. I don't want to be a party poopper, but just watch your capitalization and grammar.
Afra DIAMOND said...
on Jan. 22 at 4:50 am
Afra DIAMOND, Kandy, Other
60 articles 6 photos 1285 comments

View profile
Nice message conveyed through this wonderfully written story!!! Love it...
@aalaazah1, you deserve a standing ovation for it...🧍‍♀️ 👏🏻