Optimist. That's what they called him. When his caretaker dropped him on his head as a babe, they expected him to die. It's not every day that an infant lands on his head and survives. Maybe God spared him because He wanted a true believer in a world of heathens.

Look at him - he smiles like there are no pains in the world. All that is ugly and distasteful vanishes before his discerning eyes. With his too-big hands he is able to carve a piece of sky and hold it in his palms until they are wet with perspiration.

How is it that he was given this extraordinary gift? Clumsy, with a large nose that can only be described as distinct, and eyes too wide, he is certainly far from handsome.

It is cold out, so cold that he has to cover his ears to keep them from falling off. What a shame that would be. Our young hero would no longer be able to hear laughter in a province north of Venice or the rustlings of a crinoline skirt. He blows air into his palms and feels a shiver crawl up his spine. It is unnatural for the weather to play such tricks in springtime.

He makes a turn at Lombardi and Giraldi Boulevard. It seems he is following the wind as he is pulled toward his flapping coat. I see he has chosen the most popular café in town. He doesn't mind the wait, and would not think to go next door. He is grinning, so that his ears rise an inch or two, and he looks like a child who has just tasted his first gelato. A lady in a tweed coat raises her eyebrows to her companion. They share delicious giggles and click their heels.

Maybe he didn't see them. He could have been looking at the musicians in the square. He is rather fond of music. When he was three, his father brought home a phonograph. They were the first in the village to own such an exquisite luxury. Each day after school, he'd run home and play the record over and over till it was inscribed in his memory. He doesn't remember when he dropped the record. Nor does he remember the beating he got and his father's harsh words. He only remembers the soft lull of the melody and the day he first saw the gleaming instrument.

"I want to be a phonograph," he told Mama.

"Silly boy, you want to be a singer," she corrected.

"Will I be able to play music?"

"Sure, you will play all the music in the world."

There is a young girl in a red coat. She is running and seems to be looking for someone. Could it be him? Yes, he squints for a better glance. She waves.

"Grazie. Thank you for waiting for me."

He nods and grasps for her hands. Perfectly sculpted, they fall limp in his touch. The waiter has finally arrived to seat them.

"Two, per favore. Si, the corner table will be fine."

The crowds seem rowdy tonight. The table next to theirs orders another Burgundy.

"My sweet darling, I love you."

She is fidgeting with her gloves as if they were unbelievably filthy. "My father will not approve."

"We can wait a year, or longer, if that's what he's worried about."

"That's silly. What does reading letters and figuring numbers have to do with it?"

"Yes, you are right. But you are clumsy."

He had never thought of himself as clumsy. Not when his father called him the mistake of the world, not when he broke his mother's teacups, not when the school children teased him, not when he hugged his bear too tightly.

But now she places the ring on his empty plate. He had worked extra hours as a delivery man to afford the simple gold band. When he first showed it to her, it lit up the room with its luster. Now it seemed dull, a cheap buy. He wanted to close his eyes. Things go away when you do.

She was gone when he opened them. The ring was still there. Why had he not saved up for the expensive one? For the first time in his life he felt regret.

He lost his smile. 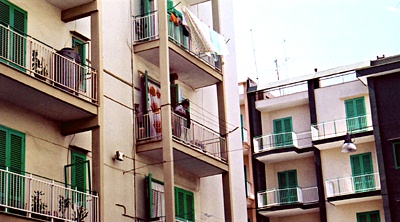