((I don’t pretend to know everything-
There’s nothing to pretend about.))

Two handed tasks are the worst when the room is dark, even worse when you haven’t slept. Insomnia’s a b****, believe me.
And the flashlight, that is unfortunately snug between my chin and forest green shoulder,
(Like a violin player’s one true love.)
Makes my neck ache like crazy. Stupid lack of levitating technology.
Once upon a time, someone told me that the better something felt,
The more harm it was causing. Smartest person I’d ever met, that man –
Well, besides myself of course. But who can compare? (Ha.)
Here I am, conveying my brain onto the canvas…
The canvas being my bottom left limb.
If my mother knew where all her tailor’s needles were REALLY going,
And what the hell the rust on the tip of a few “misplaced” needles REALLY was,
She would kill me. Nothing figurative about it.
So, if you find a bit of red coloring on your recently tailored shirt, be proud:
You’re wearing my blood on your torso. I know people who would kill for that chance. But suicide’s not legal, is it?
Stupid laws. If I kill myself, what’re they going to do? Throw my empty shell in jail? Maybe the afterlife has a special section just for those who killed themselves.
Like, FEDERAL PRISON FOR THE DEAD AND NONLIVING. Maybe I’ll own a prison when I grow up…
I hear people with tattoos aren’t very accepted by society, but I bet my prison residents would accept them.
Yet, tattoo artists are artists, right? Even if their only customer was their own upper thigh?
I hear people like artists.
(Life is confusing. There are so many ways out of unfavorable situations, yet the risk is never worth the fall.)
This baby’s taking a bit longer than usual. Maybe it’s because the print’s outline is more detailed than any other. I thought with practice came ability? Perhaps I’m the exception to that rule too.
The seconds pass slowly, the sky brightening as time drifts on, the waves licking at the shore in the narrow distance.
The sky and ocean are two totally different things, I’ve been told. My theory is they’re a reflection of one another.
Both are mysterious beyond our wildest thoughts, aren’t they? Both are everchanging on the surface, but unchanging under the hard, dreamy case.
The royal purples and nostalgic oranges drain from the heavens, leaving both it and the salty water below the color of sapphire rings. Or toilet cleaner. Whatever you prefer.
A swift, running glance at the bright and smiling clock tells me that my mother’s daily alarm will be going off in 10 minutes. Seven o’clock on Sunday, eight in the A.M. Saturday, six the other six.
I would kill myself if my life was so organized and plotted out. But, then I’d be a member of the Federal Prison for the Dead and Nonliving, not the owner, wouldn’t I?
(Can’t have my dreams wither before they’ve had a chance to sprout.)
Sighing, I prepare myself for sleep. Oh, God…finally, finally, finally.
I’ve just finished the last dose of a letter when my door flies open. It’s my mother, and she’s got that look on her face.
“AHA! I knew you - …what in the name of all things holy are you doing?”
With her sudden and dramatic door-opening, my arm involuntarily flinched, pressing the sharp point of the needle into my fragile flesh. “Oh, nicely done!” I accuse.
She inches forward, craning her neck as if I was standing five miles away, not five feet away. “What the hell *is* that?” Mother questions me again.
I roll my eyes theatrically, and then peer down as if I haven’t a clue what it is. I dab my little finger into the ruby red puddle and shove it in my mouth. My head cocks sideways as I answer:
“Pretty sure it’s blood.” 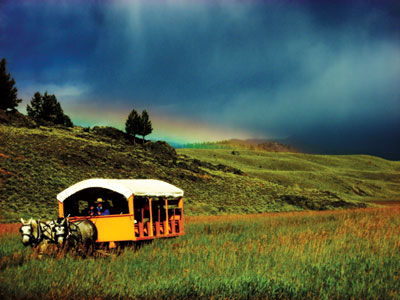 The author's comments:
I had an amazing quote for you, but I totally forgot what it was. So, I guess I'll settle ( I detest settling):
"To live is the rarest thing in the world. Most people exist, that is all." --Oscar Wilde
To be honest, all of MISTER WILDE'S quotes are awesome. Therefore, I guess it's not really settling, huh?
Post a comment
Submit your own

Thank you! I appreciate that you read it :)

And when I write things like this, I tell as little as possible to make it mysterious. I'm not good at scary, so sometimes the mystery enhances the missing horror.

Favorite Quote:
"Live your art" -made this one up myself. Simple, but true.

View profile
Even though it was a little gross I still laughed at the end. I could imagine this happening too. "what the h*ll is that?" "Hmmm well", tastes it, "pretty sure it's blood, cuz its sure as heck not ketchup" I love this! I think what I really love is the character you created throughout the writing. Good job. The only bad thing about it is you don't describe them or the relationship between them and their mother. Other than that I really like this.
MumblingMelanie DIAMOND said...
on Aug. 25 2010 at 5:18 pm
MumblingMelanie DIAMOND, Jackson, Missouri
79 articles 0 photos 210 comments

I really like this character too (hah me and my arrogance). He (or she; I never really decided) is a bit on the mad-genius side.

About the man who was the "smartest person" the character had ever met (besides themselves :), I really don't know much about him, either. It wasn't much of a developed, thought about story, if you can't tell. In my documents, I titled it "Rambling Story." :)

And I'd be glad to look at your story!

Thanks again for reading and commenting! :D

The ending was great- a little disgusting, but great.  I love the charcter you created.  I love you the character view the world and questions everything others take for a fact.  Sunrise or toilet cleaner? lol.

I sort of wish you had told me more about the man who said the better something felt, the more harm it was causing.

Can you read my story, "Encounter"?