So he sat in his simple room with the faded blue and brown dinosaur stencils hismother had painted as a border over a decade ago. He wasn't unusually brainy, anddidn't compensate in athletic ability either. His bed was unmade, dirty clotheslay as stained throw rugs. College pamphlets and applications were strewn on hiscluttered desk, which also showed-off his dusty second-place soccer trophies fromthird grade. His name might as well have been Joe.

The applications wereto be completed and sent in by the end of the week, only three days away. Joe wasprepped, he was ready, he was set. For what, Joe was undecided. He sat on thatbed, hating it, wishing to open the window and just glide away. Flying wasoverrated and a common dream. Joe just wanted to escape. And those emptyapplications, the ones he had told his mother he had filled out, perfectly, noless, died slowly and fell farther from his discerning eyes.

Joe reallywas already set, though, he had what he needed. He had lungs, breath, means offood and a decent immune system. He found satisfaction in these characteristicswhile his mother motheringly cooked a wholesome dinner downstairs, hushingcomplaints of a demanding work day over rump roast. She had lungs; she hadbreath, means of food and a decent immune system, too. She had a wedding band of23 years and three children and a house in a nice development full of childrenplaying tag and hide-and-seek. And she could make rump roast every day if shewanted. She could even buy it and just throw it away if she wanted. And sheshared these things with Joe, because he was her oldest son and a decent son, whodid what he was told.

But in this instance, he sat in his room with thosehidden applications and he didn't want rump roasts or a nice house in adevelopment full of children, or even children, for that matter. He sat on thatrumpled bed, staging Buddha, and allowed his enlightenment to crawl into hismortal, complying body.

He tasted exhilaration, and smelled liberation,even over the intense spices seasoning the rump roast. He jumped off that messybed, put on his dirty sneakers, deciding he would defiantly walk on the carpet,then out of the modest house. And in that moment the timer went off, screamingthrough the walls, and the rump roast was done and the dinner table had alreadybeen set. Joe's mom called him for dinner.

Instead of instantlyobeying, he didn't answer. He double-knotted his muddy shoelaces and grabbed hisdown jacket, the blue one his mom had just bought him. There he was, heading downthe staircase. He was sweating, heart pounding, body a little fidgety. He keptmoving. So close; the door was so close. His trembling hand went out to freehimself, to grab the doorknob.

But then his mom reminded him that thetimer had just gone off and the roast was done, and he couldn't go out. It wastime to eat. Joe crumbled. He hung his brand-new, name-brand jacket on the coatrack, nice and proper. He slowly bent to untie his sneakers, realizing he wouldbe scolded for wearing them on the new carpet. He mumbled babble and trudged inhis white socks to his seat on the right side of the table. The potatoes weresteaming and the rump roast was beautiful.

Pushing and hitting andstaring out that square window just behind his mother's chair at the table, thedistance meant nothing when he was sitting there waiting to surface; Joe had beencaught. 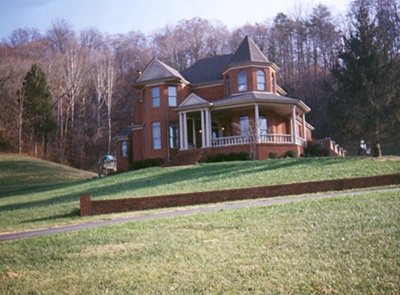 Favorite Quote:
I have a couple of quotes i like... \"Success is not a doorway it\'s a staircase\"
2. \"Everything happens for a reason\"
3.\"Your worth consists in what you are and not in what you have\"-Thomas Edison

View profile
hmmm  it was nice, it was true, it was just.....nice story, i really enjoyed it =)