There once were two waterparks. One was called Water’s Falls, and the other one was called Rapid Rivers. Rapid Rivers was much more popular and always had more visitors. Sometimes, the lines for people who paid extra money to get passes that would let them go in shorter lines were long. So obviously, Wayne Waters, the owner of Water’s Falls, didn’t make enough money, and he wondered what made Rapid Rivers so popular. Of course, he had barely any time to figure it out until one day, his son asked him to read “Charlie and the Chocolate Factory” outloud. As Wayne read the story, he noticed something that fascinated him. Willy Wonka’s competitors had spies become employees at Willy Wonka’s factory and steal all of
Mr. Wonka’s secrets. Eventually he had to close the factory to keep people from stealing his recipes.

Reading this book caused Wayne Waters to come up with an idea. He decided to get spies to figure out the secrets of Rapid Rivers; however, instead of convincing his own employees to do this deed, he decided to convince people who already worked at Rapid Rivers.

One night, when Rapid Rivers closed, Wayne approached three young employees. He told them about his plan and tried to convince them into being his spies and offered them some money, but they just laughed. They made fun of him and his failing waterpark. Wayne was about to lose his temper when he heard something that interested him. One of the employees complained about Water’s Falls not having a wave pool. Of course, the reason it didn’t have a wave pool was because Wayne couldn’t afford it, but that didn’t stop him from coming up with an excuse.

He said, “I don’t have a wave pool because I don’t want seamen invading my waterpark.” Of course, the employees were confused (most of them didn’t know what seamen were), so
Mr. Waters lied to them about men from the navy forcing waterpark owners to let them use their wave pool for free to practice surviving a shipwreck. The employees were shocked, but interested, and they told every Rapid Rivers employee they knew and soon, the gossip spread all the way to Archie Huckins, who was not only a member of the Navy, but had a really high position.


Even though Archie knew the rumors were fake, he thought the idea was really great, so he talked to the owner about his idea. The owner was furious. He told him to get out. This led to a really heated argument.


When the president heard what was going on, he freaked out. He Decided to solve the problem by forming a compromise. He convinced congress to pass a law saying that all
wave pools will need a rope keeping normal people from coming to the back of the pool, so that marines could train there. Of course, Archie wasn't satisfied and he kept new recruits from going to the back of the wave pool. And that, my friend, isn't why there are ropes at the back of every wave pool. 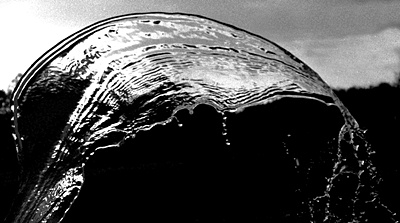