Favorite Quote:
Too many people too angry at a world that isn't the least bit angry at them.

Working backstage was not fun, never fun. I almost never spoke. Hardly was included. It wouldn’t have been so bad, but the celebrities ignored me too. Brittany Spears flicked me off. Rihanna had looked at me as if she was going to shoot me. I had done nothing wrong, no; I had done absolutely nothing wrong. I was performing my orders angelically. I wiped up the messes of spilled water, was slammed around by the bossy tour producers and agents, and bodyguards were afraid I’d hurt their precious stars. I wouldn’t dare lay a finger on the stuck up, snotty people who came through backstage.

This place, in California, was a nice stage. It was huge, and was where a lot concerts were held. I had seen everyone walk through here. If I wasn’t cleaning up messes after Demi Levato’s pooch or plugging in lead cords.

I came home one day after cleaning up backstage for the next band. Tired and run ragged, I sped home on my tiny blue bike. I figured I could make at least a tiny difference in polluted California by not driving a car.

I phone went off loudly in my pocket and I halted.

“Hello?” I asked. My voice was tired and haggard.

“Did you hear who’s going to be at your theater?! The exact one you work at?” my friend Diana yelled through the phone. I pulled it slightly away from my ear.

“Yahoo,” I was so unenthusiastic about it. I knew that Hayley Williams, the lead singer, would either flick me off or reject me, the way everyone else did.

“Why aren’t you excited?” Diana didn’t get it. She didn’t understand why I hated my job so much. It was a decent income and I got to meet celebrities. At least that’s what she thought. She never got it when I tried to explain that the celebrities and tour managers treated me like crap.

“I don’t know. I’ll probably be pushed around like I always am. And Hayley Williams is so… what’s the word… punk rock.”

“Thanks for being optimistic for me, Di, but almost every celebrity that had come through that theater had been a real pain up my butt.”

“Yeah, but this is your favorite band. You know you’re excited.”

I closed the phone and shoved it in my pocket.

As I pedaled home, I remembered my interview with the guy who owned the stage. Frankly, I wasn’t enthusiastic about famous people, but it didn’t matter to that guy. He just wanted a push-over of a worker. Someone everyone could boss around. At the time, I was naïve about anything, including a job. Of course my heart was set in the right place; get a job, feed yourself, find a guy, but the late nights being bossed around and tormented, well, I was never prepared. And the man never warned me. Diana and I actually met at a concert. She and I had both went to see Fall Out Boy and we were next to each other. We both started talking absently, as we had nobody with us. So we became buddies, exchanged numbers and crap like that.

My apartment was nothing more than a big brick building. I had a nice room. I had decorated it well. A small, easy keyboard was plugged into amps and a guitar case was tossed across the floor, as well as my sheet music and lyrics in my living room/kitchen. My room was a tiny thing, with only a bed and a closet. I had the best outfits in the world, in my opinion.

Tomorrow, I’d wear something plain and simple, because all we were doing was preparing, hanging frames up on the stage, resembling the back of Paramore’s CD. I knew a lot about them, one thing being that this was their first time on this stage. The day after tomorrow, I’d wear a punk kind of outfit. Most likely, it’d be my torn black knee socks with a cute, ragged jean mini skirt and black shoes. And to top the outfit off, there was a red shirt with jagged black stripes and a bright red tie.

As it had before, my phone rang again. I stalled to get it, and poked at my fish bowl, the only pet I was allowed to have in the apartment.

I picked up the phone, however, because the ringing was getting annoying after awhile.

“Can you take me backstage?”

That was the shortest conversation I’d had with Diana, the chattiest person in my entire life. I went back to my fish, whose name was Rodrigo, but I called him Roddy or Rod. He was a cute little fish. He was blue and black and red; an adorable little dude.

“Oh, Rod, I hate my job,” I sighed pathetically.

The fish stared at me with his beady black eyes, pleading me to feed him. I plopped two flakes of food into his bowl.

“I should eat something too.” I grabbed a T.V. dinner and while it heated up, I popped in a movie.

During the movie and once I finished my meal, I fell asleep. The next morning, my preset alarm buzzed exasperatingly. I did my plain, light brown hair up in a ponytail, and skedaddled on my bike all the way to work, popping wheelies and riding no-handed. I wasn’t really a morning person, but mornings happened to be my favorite part of the day. Everything seemed so fresh and brand-new. Anything could happen. It felt great speeding along the sidewalk on my bike every morning. I loved it.

And you want to know something? It almost, almost, made work worth going to.

But, when I arrived at the stage, my happy boss was there to yell at me for being late. When in reality, I was 5 minutes early. His head was wound too tight.

“Get working on the curtains, you’ve got double the work today. And why are you wearing those hideous clothes?”

I chose not to answer and to ignore him. I grabbed the frames and the stands to put up along with the lighting. Dustin was doing sound-check, and I waved to him in the back. Dustin was the nicest guy at my job. He only worked the days before we had a big concert (which was very rare even at that) or something with sound, because, obviously, he was the sound man. He was also hot, and I had a crush on him. Not to sound all girly and high-schoolish or anything.

“Hey! Cherish, can you hear this?” he shouted as he waved. A blast of sound came from the speakers next to me, and I hopped back.

“Loud and clear!” I screamed at him and I giggled. I put up a stand and carefully set a bronze frame into its holder.

He surprised me a few moments later.

“Hey, Dustin. Wazzup?” I asked as I recovered from the strange shock. I brushed my hands on my jeans and Dustin smiled at me. I looked like such a tomboy. My jeans were simple and my shirt was tight and all one color. My ponytail was now in wisps around my face. I started stringing up the next frame onto the rods and stands, listening intently to Dustin’s voice.

“Well, I had a question for you,” he paused and sent me a smile that made my heart melt in an instant. We were the same age, both young and around 20 or so. “Would you um… want to go out for dinner tonight?”

My hazel eyes widened in surprise, “I don’t know, Dustin.”

He stuttered out, “I’ve liked you since, like, forever. You’re the only awesome person at this theater…”

I interrupted, “Besides you.”

He smiled wider, “But anyways, I wanted to do something together tonight. It’ll be just you and me.”

A thought then occurred in my mind; Diana and I were supposed to have a ladies night. Maybe we could cut it short… “What time?”

“What if I’m late? Diana and I were supposed to hang out, I don’t want to cancel with her, but I really want to go with you.”

I threw my arms around him and giggled, “You’re the best!” 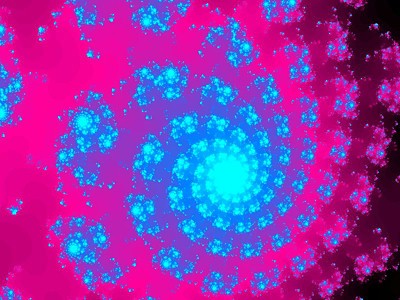 The author's comments:
There is more much more, but there is also a limit on this site. Cherish eventually meets Paramore and stuff. But that's way later. You can request more :)
Post a comment
Submit your own

Favorite Quote:
"I think our favorite quotes say more about us than the people we are quoting," John Green

Favorite Quote:
Friends arn't there to take your regrets out on, a friend is there to help you as much as you help them.-me