Everything seemed to happen in slow motion. Men in red jackets pointed their muskets at my fellow soldiers and fired. Many fell to their knees and toppled over as the bullets pierced the bodies. The smell of gun powder lingered in the air. Smoke from the cannons made it difficult to see the enemy; all I could do was stand on the battlefield with my gun by my side. A few yards away, I saw I man wiggling on the ground. Terrified as I was, my curiosity took control and I trotted over to the fallen soldier. I knelt next to him and realized he wasn’t wiggling, but writhing. Writhing in pain I could not invoke the courage to imagine. My jaw dropped as I noticed the blood seeping through his clothes and onto my hands. He coughed and a familiar metallic taste gathered on my tongue; the blood of a dying comrade. The man reached up and grabbed my shirt. He tried to speak, and I quicker closed my mouth, trying to avoid another bitter mishap. Before he had time to take another breath, a bullet whizzed through the air and entered his chest. His eyes grew dark, his hands became clammy, and I watched as his life was slowly sucked away. My hands trembled around the smooth barrel of my musket, of which I had been leaning upon. I muttered a short prayer for the man who lay before me. As I stood, a cannon let out a final blast. Moments later, the ground beneath my feet exploded and I was sent to the crimson stained grass. All I felt was pain. A searing, wretched pain, so unthinkable, so unbearable, I questioned my reason for survival. Suddenly, a red coat passed by me, then stopped. The figure knelt over me and an evil grin spread across his demonic face. He raised the barrel of his gun to my head and I pleaded for mercy. Yet I received no such mercy from the red coated devil, just a loud bang and eternal darkness. 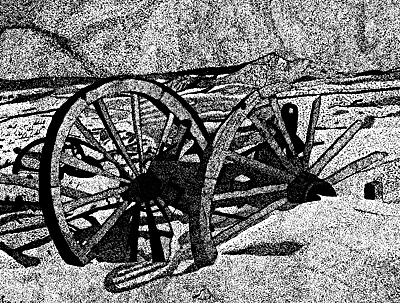 Favorite Quote:
“Be who you are and say what you feel because those who mind don't matter and those who matter don't mind.”

Favorite Quote:
"Writing is not hard. Just get paper and pencil, sit down and write as it occurs to you. The writing is easy-it's the occurring that's hard."-Stephen Leacock

View profile
GREAT story. AS a dedicated historical fiction reader, I can appreciate this a lot. When someone can depict an awful war scene in such a powerful and beautiful way, it means that they have a lot of creative talent. If you like to read things similiar to the things you write, check out the book Private Peaceful by Michael Morpurgo. It's similliar to what you wrote and an amazing book. Keep writing!
LASwan SILVER said...
on Sep. 5 2010 at 11:39 pm
LASwan SILVER, Yukon, Oklahoma
5 articles 0 photos 55 comments

View profile
Great story! The ending was very sad but overall, the story was pretty powerful.=)
Disastershock said...
on Oct. 13 2009 at 9:48 am
This was a very good/frighting story, but mostly good. The person who wrote this had a lot of detail in it and has a good imagination. I would very much recomend this story to a friend who loves war stories. Good job buddy.
Redneck said...
on Oct. 13 2009 at 9:48 am
I really think this was a good book. I would enjoy this book because I'm into war stories.
pedderm said...
on Oct. 1 2009 at 10:01 pm
Well done! i too share the liking of war and it's mystical tales. But some of your story confused me. whenever the cannon erupted, what made the ground below him explode, and only make him feel pain? On the other hand, i like how you make the audience realize the true meaning of war. You do a great job of describing the scene of the soldier bending over his comrade. One little detail, though, is that maybe you could find a different word for blood, such as red ooze. It seemed to me that you used bood alot. Finally, i like how you put yourself in the position of the soldier and called the British a "red coated devil".