Jehsuss (No Room at The Inn) | Teen Ink

Jehsuss (No Room at The Inn)

Jehsuss knocked on the door of the inn. His feet were sore tired and ached like a goat's beard.

The door opened and a fat man appeared behind it to glare at him with bitter eyes and a disrespectful nose. His voice was a high-pitched roar when he said, “Just what in the name of your father, my son, and the moldy toast do you want? And be quick about it.”

Jehsuss was offended and turned up his nose at the mean old geezer when he replied in his own reasonable, if slightly feminine, alto voice, “I was wondering if there was any room at the inn? I am on an important mission from God, and it's my sacred duty to bring this all-holy scepter to the most holy place in the world- New York City, where-”

“Shut your pie hole, you uncommonly annoying piece of lard,” interrupted the portly innkeeper. As he was talking, Jehsuss watched in morbid fascination as the other man's chins jiggled with each word. The man continued. “No room at the inn,” he said in a final sort of way.

Just then, behind Jehsuss came a short and twig like figure who elbowed Jehsuss with surprisingly pointy elbows and remarked to the innkeeper, “Got any rooms then?”

The innkeeper immediately gave a polite bow and said in an extremely kind and gracious manner, “Oh, but of course m'good sir. If you'll follow me, please,” and began to turn around wwhen Jehsuss let out an indignant gasp and stamped his foot (Even at thirty-two, Jehsuss was still very much a child).

“This is ridiculous!” he exclaimed in a whiny sort of way. “I was here first. You told me that-”

“Oh my ever loving aunt!” roared the innkeeper in a violently cross tone. “There's just no pleasing you, is there? Well, if it's so mucking important to you then you can just sleep in the stables and be done with you! I mean, for god's sake, it's not like you aren't used to it.” As he spoke he worked himself up into injured tears and his speech ended with him bursting into sobs and leaning a meaty arm on the thin man who had been watching this exchange with great interest. The thin man nearly collapsed under the arm's weight, but, shaking with effort, he valiantly maintained an upward stance, and even managed to pat said arm reassuringly.

“There there,” said the thin man. “I'm sure the bad man didn't mean it.” He turned on Jehsuss with accusing eyes.

Jehsuss was a very intelligent and tactful man. “It was all his fault anyways!”he exploded. “With his unfair discrimination against black people. Just because I have dark skin doesn't mean I don't have feelings!”

The thin man was unimpressed. “Dude, You're about as black as butter. Where do you get these crazy ideas?”

The innkeeper was tired of being ignored. He pointed a trembly sausage-like finger at Jehsuss, “Thanks to you I'm going to have to devote Monday's whole session on how cruel and unfair the world is, and my therapist is going to get mad and yell at me because he hates me, and-”

The innkeeper said many more things, but Jehsuss didn't hear the rest because he fell into a rip in the time space continuum that had been sneaking up on him for the last five minutes. It brought him to New York City where the scepter was restored to it's rightful place and all was well, although the innkeeper's therapist never recovered. 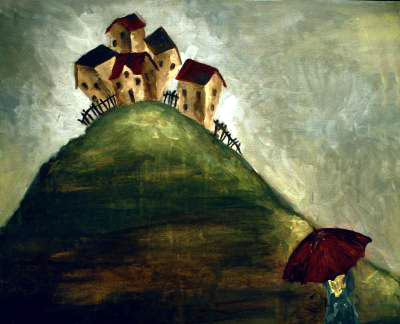