Whole families, along with my dear sisters, may they rest in peace, were placed into God’s hands as we crossed the immense ocean that would eventually take us to the Massachusetts Bay Colony. Puritans we were, all of us abroad the cursed ship, sailing away to the land where we could freely become God’s slaves. I t was March 15th, 1639, when my family and I started our journey to the new land. I was only 10. But I remember crystal-clear how my heart hammered, my mind filled with absurd and dreadful stories of the horrors facing us at sea. And I remember how my heart was filled with hope and faith that we would arrive at the colony safely, and start anew. I was Puritan in my strong faith and belief in our God, but I didn’t believe in all the Puritan rules. However, I wasn’t foolish enough to admit that to anyone, for I had a desire to remain with my family, among my people. But, as the days progressed, I wondered if perhaps I should have prayed harder, following the strict Puritan rules. The supplies that were supposed to have lasted us the whole trip quickly spoiled. The water turned black with a rather pungent smell that was not at all pleasant. But we had to drink it, because we couldn’t possibly drink the salty ocean water. The food became rotten and infested with bugs. Yet again we had no choice but to devour it. Disease swept like a wave through the whole ship, drowning many. The thirst, starvation, sickness, insufferable heat of the day, the intolerable coldness of night, and dampness took its toll on many of the children. As friends and family died, they were tossed overboard into the swirling, angry ocean. They left behind broken hearts, bruised even more by the fact that no one who died at sea was given a proper burial. The occasional storms rampaged through the water, the war between the waves and rain injuring many. My own father was crippled when he was thrown against the side of the ship during a particularly heavy storm. On May 19th, 1639, 2 days and 10 weeks after leaving Europe, we arrived in America. Though broken and beaten by the tough journey across the Atlantic, we all thanked God wholeheartedly for letting us survive so we could start our lives again, free to be us.

I am telling you this story from Portsmouth, Rhode Island. During the first year in the Massachusetts Bay Colony, the Puritan Colony became very oppressive. We weren’t permitted to do anything that would bring us self-pleasure. Anyone who worked or played on Sabbath was put in stocks and publicly humiliated. Anyone who did anything a bit out of the ordinary was thought of as a witch, working for Satan, and was jailed. People could be, and were, hanged for the littlest things. But what drove me to the edge was that women were to be seen not heard. We had no say in anything, and would be hanged if we tried to express our ideas. In 1646, the last of my family died. I was 17. In 1647, I moved to Rhode Island colony. I married that very year, and am now living my life happily in the New World. On days like today, where the clouds are rather dark, and a cool wind is blowing in from the ocean, I allow myself a few minutes to watch the ocean crash against the shore again and again, stubborn and determined. And I thank the warriors of the ocean for bringing me to this wonderful land, fighting for me every step of the way. 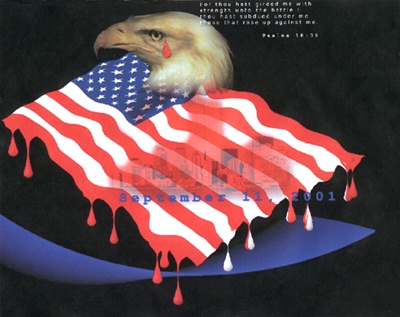 The author's comments:
I wrote this in September for a homework assignment. It's modeled after what I learned in history about the conditions of the voyage, and how some Puritans fled to Rhode Island because they didn't like the oppressive culture. I hope you like it!
Post a comment
Submit your own

Favorite Quote:
"Do you want to know the secret of self esteem? Here it is: If you want confidence, then understand how much you matter to God. If God loves you, who cares what anybody else thinks."

i like this! :) i think the ending is kinda abrupt though. i got the feeling that she didnt like the new land, but the ending says other wise. i like your writing style! good work!