“Found something.” Alison Clark placed down her brush. Greenland’s sun burned the back of her neck through the roofless chapel. Her assistant scrambled over. “There is a box here.” She snatched her brush and dusted furiously. By the time the sun had set beyond the ruins of the chapel the box had been removed. It was about the size of a shoe box, but the splintered wood showed no sign of rotting. Runes were sketched with an untrained hand into its side. Her assistant raised an eyebrow “Looks like it was made by a kid.” Alison drew a knife and traced it along the top of the box. Her assistant put his hands on his knees and watched with his mouth open. “Do you think this could be it Doctor?” He raised an eyebrow. Alison lifted the lid and with gloved hands lifted a yellowed piece of paper. “Too short to be a saga,” she muttered. She traced the Old Norse characters with her finger. Her assistant’s irritating voice faded away. “This could be it,” she muttered to herself, “This could be it.”

The Saga is encased in a wooden box sealed shut by centuries. It glows in the vacant church. My fingers brush against the lid and vibrations from within tickle my fingers. I press my ear to the lid to hear whatever songs the ancient text might sing. Along the edge, the runes barley make out the worn words, “Only open when the end is nigh.” Footsteps patter on the dirt floor. “Who is there?” The reedy voice of the priest echoes throughout the dim church. And I am gone.

Our house is on a farm that belonged to my grandfather his grandfather before him. We were one of the first farmers to come to the Greenland. My father wants me to become a farmer too, but our crops and cattle are dying. The winters are getting longer and colder. I want to be an explorer and find a passage out of here. I sit by the fire so close to the flames that they tickle my nose. There is a hole in the wall that sends cold drafts into the house, and though my face is warm my neck shivers. My mother and father are putting my little sister, Sigrid, to bed and I have the room to myself. I think about the Saga and the secrets it contains. It might save us from the winter that is to come. Unless a Norse boat arrives soon we will have no food or supplies to get us through the winter.

There is a pounding on the door that vibrates though the house. Sigrid cries from the other room. “Get that,” my mother orders. I open the door and at first I do not see the visitor because she stands as still as ice. She is short; I have to look down to see her. She is not like us. Her hair is wispy and black, and her tanned face was scarred with thousands of wrinkles. I backed away, she is a Skraeling. My father told me stories about people like her when I was little. He said that unless I was a good boy, the Skraelings would come and kidnap me in the night and boil me alive to make Skraeling soup. She stares up at me and speaks in a scratching voice. “Hello boy, my name is Akiak, may I see your father?” her language is broken, but her voice is not strained. “I think, it’s best not, he’s busy.” My voice stumbles. But it is too late, my father’s heavy steps thunder into the room. He shoves me aside, and I trip back. “What do you want Skraeling?” He bars the door with his hands. I stay very still and listen. “Your race is dying,” she hisses at him. “You haven’t much longer. There is a monster in this town, within you.” An icy trickle runs down my spine. “If you want to survive the winter you must find this monster and burn it, and then, maybe you have a chance.” The house was still. A snowflake danced in through the hole in the wall. It vanished as it strayed too close to the fire. “Thank you,” My father whispers. He kicks the door shut. I am still sprawled on the floor. “Pick yourself up, boy,” he says. “We have work to do.”
At church my father speaks to the town. “A spirit of the north, a Skraeling came to me yesterday,” his eyes gleam with fire, “and told me that there is a monster in this town among us. It is this monster who is destroying us. I want us all to be vigilant and hunt this monster down. Once we find this monster we must burn it.”

The sunken faces in the pews nod, and the men clutch their knifes. Suspicious faces turn on each other. “What does this monster look like?” The man sitting beside me stood up. I shrunk back in my seat. My father pauses and strokes his beard. He licks his lips before he speaks. “Everything and anything. It swims in the ocean and flies with the wind. It could be possessed within anyone of you.” The church stirs and shifts as one being. My father had lied in front of the whole town. My insides are empty and fragmented. I don’t care about the Skraeling, or the monster. I want to get out of this town. The Saga calls to me from its encasement.

Though we search, the monster proves evasive. We look over our shoulders at any opportunity. Fishermen carry charms with them to sea. Farmers sleep by their crops and cattle. It does protect them from the winter which slams upon us. It clenches our town in its grip and it strangles us. It freezes the seas so the fishermen cannot fish and the Norse ships cannot save us. We still look for the monster.

Sigrid dies this winter. She is so thin that her ribs pierced through her skin. Her last coughs froth blood from her mouth. Father puts her in a bed of snow in the winter night because he says that she is possessed by the monster. I close my eyes and pretend that I don’t hear her last frozen shivers.

After Sigrid’s death I ask father if I may open the Saga. His eyes stretch open and his beard bristles. “The Saga?” he asks. I nod. He scratches his chin. “That’s it,” he mutters, “the Saga.”

He stands before the church the next day. “I have found the monster.” He bellows. The weary town glances up. He struggles to lift the Saga’s chest high above him. “This Saga, he says, this is the monster! This is what swims in the ocean and flies with the wind. This is what is possessed in every one of us.” He shouts, “Come with me to burn it, and rid the town of the monster forever.”

I stagger backwards as the villagers trample through the church. The Saga grazes the roof of the church, carried out of reach in my father’s arms. I stay in the chapel, but I watch through the glassless window. The Saga is lowered into the flames. A tongue of flame leaps out and a wave of heat smacks me in the face. The untranslatable whispers of forgotten words escape my ear.

And so I write this script, to replace the Saga. I have enclosed it in this box, which will be shut for centuries. The monster is gone, but the winter isn’t over. 1312 AD.

Alison smoothed the paper beneath her hands. Her muscles in her face twitched. “This is it.” She said to her assistant. “This could be the clue we need to find the last year of Norse reign in Greenland.” Her assistant was brushing the compact church floor furiously. “There is a skeleton here,” he muttered. “That box was buried with someone.” The assistant’s brush revealed a radius. Dr. Alison Clark dabbed a stray tear away. She immediately recognised its dimensions as the radius of an adolescent. 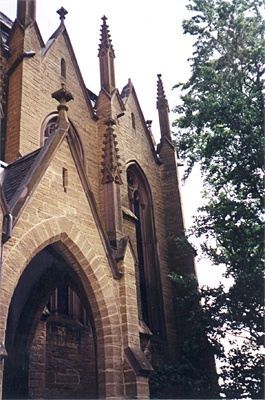