When I was 15, the boat we were taking to Halifax from Brazil was called to England to help in the war effort. The captain stopped the boat at the harbour on St Lucia’s island, told us to get off. My mother, with her brown curls pulled tight in a bun and her frown pulling tighter, asked, “When can we get off this place?” The Captain shrugged, “whatever boat comes to this jungle island next.”

I had already spent two years in Brazil; my father used his job as admiral of the merchant marines to get my mother and my sister, Hillary, and I out of London once the blitz started. Now, London was nothing but a distant memory, lost in the squeals of macaws in the morning and the chatter of the kids in the village. I knew there was a war going on, but it was nothing but a foggy happening somewhere thousands of miles away. Something that made my mother and father whisper conspiratorially over the paper or a letter from England, something that moved like an icy mist through our old villa in Brazil, blanketing it with silence and stony faces.

When our suitcases where cast off the ship like the albatrosses would toss up mackerel, my father lifted them while my mother applied lipstick to cover up her worry. Hillary pulled at my hand. She was only ten, and her stringy blonde hair was pasted to her face. Eventually, we made our way to the town core. A sign advertised the rent of a studio above a mechanic- a far cry from the villa we had in Brazil. My parents brought their linens out of the trunk, pressed to perfection, and my mother shivered with disgust as she tucked them into the creaking stained bed. Hillary and I were given a couple extra blankets and lay down on reed mats on the floor. Before we went to bed, Hillary asked me, “what are we going to do now?” I turned over and looked her pale worried face. “We’re going to have an adventure.”

We took off the next morning before our parents woke up, leaving them only with a note saying, gone exploring. We chased down the streets, narrowly avoiding the pastel coloured automobiles which careened around the buzzing market. The wind was warm and smelled of ocean and freshly caught fish. We took off our shoes, which were getting too small for the both of us, and ran across the beach towards the waves, sand licking my white dress. Totally lost in my new freedom, I careered right into a local boy. “Sorry,” I apologised in Spanish, as he swivelled with distant annoyance, I figured that he was my age or a year older. “No matter,” he said in English, and pushed his flopping dark hair out of his eyes, as he proceeded to scan the beach for something. Hillary and I started to walk away.
“Wait,” he called after us, “I lost my brother’s football. Can you help me find it?”
“Of course,” I said.
“It’s out there,” he pointed at the churning waves, “I was kicking it, and it the waves stole it away before I could grab it back. But I know the ocean; everything returns to the beach.”
Hilary, the boy, who later introduced himself as Francisco and I strategically placed ourselves along the stretch, searching for the football. After meandering without luck, at lunch, Francisco gave us some of his mother’s homemade tortilla. “Why is this ball so important anyway?” I asked Francisco.
“It’s my brother’s; he gave it to me to guard when he started working on the fishing boats, he even signed it for me. And I lost it.” He turned away, as if about to cry.
I patted his arm, “I’m sure your brother won’t be too cross with you, and you can always get a new one.”
“No, I need to find it because it is the only thing my brother ever gave me,” Francisco swallowed. “There were Japanese subs off the Venezuelan coast where he was working, and they sunk his ship with a torpedo. I already lost my brother to the sea, I can’t lose his ball.”
We tried searching all afternoon, even as I felt the back of my neck burn, and my feet blister. And then I saw it, bobbing in and out of the waves as if gasping for air. I sprinted through the ocean, soaking my dress, and scooped it up. It was worn with use, but I could just barely read the signature: Julian Hafez. I held it up like a beacon, and Francisco sprinted over, embracing it as he tumbled to the ground. This time he made no attempt to cover his tears. He sat and he bawled, tracing over his brother’s cursive name with the delicate touch of the most pious worshiper.

That day, the war became real. It was more than letters from family members I barely remembered. It was more the Sunday Times which arrived at our house a four weeks late. The war was only the ball of the boy who lost his brother to a Japanese submarine. The war was the boy who buried that soccer ball with us that day, on the shore of the beach with candles around its makeshift grave. My view of the world changed on the first day I was stranded on a tiny Caribbean Island, with a sea between me in the Germans, when I met Francisco who had to bury his brother’s football instead because a torpedo took the body. 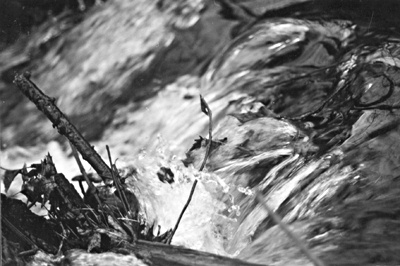