One frigid frosty early morning at dawn, in a large rich, lush, grassy meadow, in a remote part of the vast countryside of Montana, an eight year old purebred silver gray colored American Mustang mare named Sapphire gave birth to a strong, graceful, healthy palomino filly. She was given the name Wonder, and she was also a courageous high spirited purebred Mustang. The silky soft green grassy pasture was home to Wonder and Sapphire, both of whom belonged to Lauren, a ten year old girl who had no family. Lauren’s family had died in a car accident when she was only five years old. She was the only survivor, and after two years on the streets, a woman named Lily found her in poor condition in the closest town to her ranch.

Lily was a compassionate 21 year old horseback riding instructor who ran a summer camp for girls. Her family had also died when she was still a child. Lily gave Sapphire to Lauren after she begged and proved she was capable of fulfilling the needs of a young spirited horse two years after arriving at Lily’s ranch. Wonder and Lauren had a unbreakable bond from the moment they met. After only a few days, Wonder only truly trusted Lauren and acted skittish, scared and suspicious when anyone else came near her or Sapphire. No matter if the two friends were frolicking in the barn or in the vast fields, even Lily couldn’t look her way without Wonder bolting or hiding behind her  new human companion.

On a sullen stormy soggy spring April morning, Lauren went outside to start training Wonder for work as a Western Style riding horse, because she had just turned 3½. Before Lauren went to get Wonder from her stall, she went to the storage room in the stable and grabbed enough hay, oats, and a bucket to hold the hay and oats to feed her horses. Then Lauren snatched peppermint candy and pieces of carrots and put them in a separate bucket to help and encourage Wonder to get through the long training process that would take several days weeks or even months. Lauren trudged to the barn where Sapphire and Wonder were impatiently waiting and fed them their hay and oats. Then another tall blond haired helper named Logan put Sapphire’s halter and lead on. When they had finished eating, Lauren and Logan led the two horses to the training area where Lily was waiting. When they got inside, Lily shut the gate and locked it so Wonder or Sapphire couldn’t get out. When it was secured, Lauren took off Wonder’s halter and attempted to put the bit in Wonder’s mouth. When she finally got it secured, Lauren gave Wonder a peppermint as a reward. Then suddenly, Wonder tensed her body obviously skeptical of what was occuring,  pinned her ears back and restlessly kicked out with her back legs. Lauren didn’t scold her because she knew that Wonder didn’t understand what was happening or why she had to have the bit in her mouth. While talking calmly to Wonder, Lauren slowly and softly slid the saddle pad and saddle onto her back and cautiously tightened the straps. Once it was securely on, Logan helped her to correctly adjust the stirrups to the right length. After about 10 days since they started training her, Lauren could see that Wonder was more confident and willing to wear the different types of tack. She thought about it for a while and finally decided to see if Wonder was ready and willing to let someone mount and possibly even ride her. She decided to wait until tomorrow to attempt it because it was getting late.

Early the next morning while it was still dark, Lauren went out to the barn where Wonder was waiting somewhat impatiently and slowly slid her leg over Wonders back and sat down slowly. After she had mounted her, Lauren said “Walk on”. Wonder nervously looked around and tentatively took a step forward. Shortly after that day, with Lauren riding her for the first time, Wonder found out that when someone was riding her, it was best to follow their directions as best she could.Wonder quickly discovered that when she was ridden, she and Lauren became one  captivating and unstoppable team.

Two years later, Lauren and Logan decided it was time for Wonder  to be groomed, fed, and ridden by an eight year old girl named Sophie, who was enrolled in the summer camp. Sophie’s parents enrolled her to help improve her ability to trust people, boost confidence in her abilities, and hopefully make some friends. Sophie had moved to Montana last September and was having a hard time making friends. Lauren and Logan thought that Wonder would be a good match for her because they were both shy and needed to improve their ability to trust other people. The first time Sophie had seen Wonder, she got excited. She loved being around horses, even if she wasn’t riding but only taking care of one. Sophie didn’t talk a lot to people unless she was around horses because she was the girl who prefered to stand back and observe. She was also worried that people would laugh at what she says. Wonder was the same way except she didn’t talk in words. She communicated through body language and the way she acted.  Lauren talked to Wonder as she walked her up to where Sophie was waiting. After giving Wonder a treat, Sophie mounted her with no help. As Lauren led them to the riding arena, she said to Wonder, “ Be good.” Unclipping the rope from Wonder’s bridle, she said to Sophie, “Have fun! I will be nearby watching.” As Lauren walked away Wonder attempted to follow her. When Sophie tried to turn her away to go towards the woods, Wonder started to rear. Lauren immediately yelled from where she was standing, “Wonder! No!” But Wonder reared again and Sophie fell off, fracturing her left arm as she hit the ground. Lauren ran over and after seeing if Sophie was okay, turned toward Wonder who looked glad to see her. She said sternly, “No rearing, kicking, or biting.” After she said that, Wonder hung her head ashamed because she knew she had done something bad. Lauren and Sophie later determined that Wonder only reared because she was scared that Lauren had given her away to Sophie.

The next day, Lauren went back with a sad and reluctant Sophie to let Wonder know that it was only for the summer and to teach Wonder that Sophie was a friend who wasn’t going to hurt her. When they got to the meadow by Wonder, she immediately hung her head and backed away slowly as if  saying she was sorry. Sophie began feeding Wonder in the morning and grooming her in the afternoon. After Wonder finished eating, instead of Sophie punishing her as Wonder thought would happen, she started petting her and gave her a sugarcube. Two months later, when Sophie’s cast was off, she mounted her again. The two quickly became good friends.

Lauren knew that after Sophie left Wonder would be sad. After Sophie had groomed her for the last time and said goodbye, Wonder wasn’t eating or acting like she normally did when she was fed.. Lauren believed that Wonder wasn’t eating because she thought she wouldn’t see Sophie again. Sophie was also sad, thinking she wouldn’t see Wonder again for a long time. When it was time for Sophie to go home at the end of summer, Lauren decided to give Wonder to Sophie. When Sophie’s parents came to pick her up, she was surprised to see a horse trailer attached to the back of her parents’ truck. Lauren said to the stunned Sophie, “Wonder is yours now.” Sophie said “ No! Wonder is your horse.” Lauren said “She is mine but I can choose whom to share her.” After she said this Sophie started crying, hugged Lauren, and ran off towards the stables where Wonder was watching what was going on from her stall. She grabbed Wonder’s halter and lead and put it on her. While Sophie was doing this, Lily got Wonder’s riding tack, blanket, and grooming tools and put them in the trailer along with a one year supply of hay and oats, and two big boxes of peppermints. Lauren had two requirements for Sophie: she could never sell Wonder, and the two  would come back to camp the next year.

Four weeks later, Lauren received a letter with a photo of Sophie and Wonder together. The note said, “Thanks for giving Wonder to me. I am coming back next summer and bringing Wonder with me. Wonder and I are best friends now and I trained her to come when I call her name.” On the back side of the letter was written, “P.S. I really miss you, but Wonder helps me with waiting for summer to come! Love, Sophie.” Lauren was overjoyed to hear that everything was going great between them and couldn’t wait for summer to come so she could see Sophie and Wonder again. Even though Sophie and Wonder had a tough time in the beginning, things worked out perfectly for both of them. They would be best friends for years to come. The best part is that no one can take this trust away from them. They will be friends forever and when the time comes when Wonder passes away, Sophie will still have the memories of all the good and bad things they went through together. Everyone, animal or human, will die eventually, but memories will last forever, especially ones made with friends. It doesn’t matter if our friend is human, horse, or another kind of animal, memories of trust and love remain. 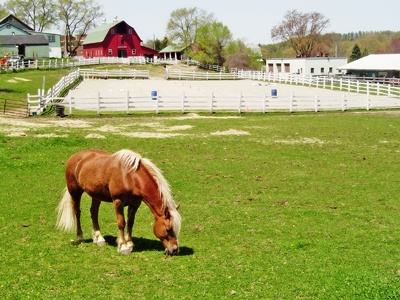