The Riddle of the Sphinx | Teen Ink

The Riddle of the Sphinx

English, math, science, history, Spanish, computers,… English, math, science, history, Spanish, computers,… English, math, science, history, Spanish, computers…
Nick sighed, looking at his planner. Day after day that is how the homework schedule went. He had six different assignment everyday, and everyday he did the six different assignments. He had good grades, though not exceptional. He was a good kid, though at times he did forget to do an assignment or get into an argument. At heart, Nick was like every other kid. He had dreams and goals, and he had likes and dislikes.
On the outside, he was not like other kids, though. He was a paraplegic- he was unable to move either of his legs and was paralyzed from the waist down.
He did not normally let his disability stop him. In fact, it fueled him most of the time.
“English,” he muttered reluctantly as any other kid would when he looked at his planner. His teacher had introduced their newest unit that day: mythology. Everyone was to pick a story from their packet, read it, and write a paragraph on it. They could write about what the myth meant, which character they could relate to, the symbolism in the myth, or anything else that stood out to them.
He skimmed through the packet, and something caught his eye. “The Riddle of the Sphinx” was the title of an entry, and it had a picture of an interesting creature with a lion’s body and a human’s head.
He tilted his head and smirked when he looked at the picture. It looked interesting, and he enjoyed riddles. So, he folded the page back and settled back to read the page.
“Many travelers could not complete their journey to the city of Thebes because of these terrible creatures, the Sphinx…,” he began. Okay, he could do this. It sounded like there was some action, and the more action and the less romance there was the better off he was.
“… the Sphinx were terrible creatures. They prowled the highways that led to the city, and no one had ever gotten passed them…,” he continued. He went on to read about how the young Oedipus would not be scared by the many rumors from the people. Oedipus made his journey to Thebes and, just as expected, he was seized by the Sphinx and forced to listen to their riddle.
“What animal is it that goes on four feet in the morning, on two at noon, and upon three in the evening?” Nick murmured, reading the paper. He looked up so that he could contemplate the riddle before reading on.
“Hmmm…why would an animal walk on different legs at different times? Four and two make sense, but three?” he thought aloud, completely puzzled. He sat there for a few minutes, but nothing came to mind.
“It’s a…man,” Nick read and ten was suddenly disappointed. He looked down at his unmoving legs. HE understood why it made sense. Sure, a baby crawls (the morning), a man walks (noon), and an elderly person uses a cane (evening). That riddle hit too close to home that Nick was comfortable with, though.
He finished reading the story, reading about how the Sphinx killed itself because Oedipus had solved it and how Oedipus went on to become a hero and the king of Thebes.
Though Nick had not appreciated the riddle, he pulled a piece of paper out. He was supposed to write a paragraph on a myth, and he was not about to read another one.
“The Riddle of the Sphinx.” He titled the paper and proceeded to write a paragraph.
“The Sphinx seem like very peculiar creatures. They had fun torturing humans, yet their torture was asking them a riddle. If they answered incorrectly, they would eat the traveler.” He paused for a moment to think. “I cannot decide whether the travelers or the Sphinx were more foolish. The travelers knew the Sphinx were there, yet they continued to pass by the city of Thebes. At the same time, the Sphinx committed suicide simply because their riddle had been solved. I guess that logic and mythology do not always go hand in hand.” He bit his tongue, thinking that he was now at the riddle. “The riddle was a rather clever one. I sat for a few minutes, puzzled over what it meant. When I saw that it was a man, it made sense. I probably would have been eaten had I been in Oedipus’ shoes. No, I know I would have been eaten by the Sphinx. Being that I cannot walk in the first place, the riddle was confusing. At the same time, I may not have been in the same situation at all. Because I cannot walk, I would not have been a traveler like Oedipus was.”
Tears filled his eyes at the words “cannot walk.” He had accepted the fact that he would not walk. That was not the issue. He was not sure why the story was causing him to get emotional. Other people walked, most people walked. And he was happy for them. Maybe it was the fact that he would never have come up with that answer, and with no real fault of his own.
He shook his head and placed the paper in the folder.
From there, he went onto his math assignment. 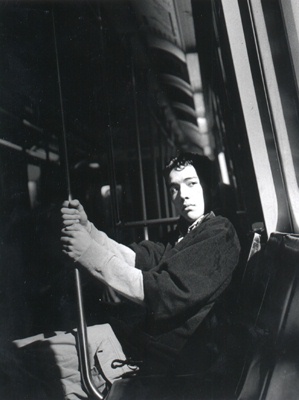 The author's comments:
Taking things such as walking for granted is normal. Sometimes the reminder that we are all blessed with even the simple things is important. Also, a little education about mythology is thrown just as some fun facts!
Post a comment
Submit your own

I hope that you enjoyed the article!Please feel free to comment and rate it!