Who knew moving to the land where palm trees sway and salty waves gently push ashore would be such a bad thing, especially if you’re moving from freezing Michigan?

Well for me, it is. I loved my life in Crystal Falls, the tiny, quaint town where I went to an award winning private high school (or as we call it, upper school). Now I’m going to public school, which my parents think is an okay sacrifice as long as we’re living in paradise.

I personally disagree. Do they not care about my future? Do they not know how hard it is to make new friends once you're in high school? I mean, Florida’s a great vacation spot, but year-round blazing heat probably isn’t as great as it’s cracked up to be.

“KARLEY, WHERE IS MY STRAIGHTENER?” screams my older sister, Daphney from her new bathroom that’s the size of an apartment.

“How many times to I have to tell you, I DON’T have your stupid hair straightener!” I yell, watching dolphins jump gracefully in the ocean out my window.

After 10 minutes of no reply, I figure Daphney’s done yelling at me, so I hop in the shower. Oh, and I guess I didn’t mention it’s the first day of school. Luckily, Fort Myers Traditional High School doesn’t start until 9:30, so I’ve got plenty of time to get ready.

Not that I even need much time. I’m not like a lot of other girls (especially Daphney). I don’t care about what kind of designer handbags you have or how tan you are. And there’s no way I’ll be wearing makeup anytime soon.

Once I get out of the shower, I hear Daphney’s loud hip-hop music playing from her room. Okay, I’ll admit it. I love the beats and rhymes of rap, and they’re a great pump-up for the first day of school. The thing I don’t love is Daphney’s boyfriend who thinks he's "gansta" and thinks he can rap. Trashy people like him just aren't meant for that stuff.

“Girls, come on down! Time to go!” I hear Mom’s voice from the house intercom in my room and grab my backpack. Daphney’s climbing down the stairs in a too-close-to-being-too-short mini skirt, 2-inch heels, and a giant Chanel bag for a backpack.

“Daphney,” Mom says as we enter the kitchen, “What were you thinking when you put that skirt on?”

“I was thinking it’s a totally hot skirt and I wasn’t going to pass up the opportunity of wearing it on my first day in a new school,” says Daphney sassily.

“Well think again, and drop the attitude. I don’t know how I let that thing get in your closet. Hurry up and change. We’ll be waiting in the car,” says Mom. I bite my lip to keep from laughing as I watch Daphney stomp back up the stairs.

“Oh, Karley. You look beautiful. You could truly be a model, honey,” says Mom sincerely. I smile and thank her, but it’s getting a little tiring. Everyone calling me pretty, just because they feel sorry for me. And it isn’t just mom.

“Omigawd, Karley. Are you, like, wearing makeup?” says Daphney once she gets in the car. She changed into jean shorts that are about as short as the skirt was.

“Why did you get to be so pretty, then? I mean, neither Mom or Dad is that good-looking,” says Daphney, right in front of Mom.

“Thanks, dear,” says Mom sarcastically. Daphney gives a little “Oops” and they both laugh.

“No, but seriously Kar-Kar. We need to go shopping for a new wardrobe for you and you could be, like, the most popular girl at school,” says Daphney, smiling. I can see her already planning out my new image.

“Daphney, I don’t want to be the most popular girl at school. I just want to finish up my sophomore year with good grades and hopefully no broken bones,” I say.

“Whatever, girl. I’m just sayin’,” says Daphney, as we pull into the school parking lot. The building is pretty much the size of my old school times eight. And kids of all shapes and sizes and ethnicities are filing into the giant front doors.

My stomach starts to churn. For once, I’m really nervous about what everyone thinks of me. What if no one likes me?

“Alright girls,” says Mom, pecking us each on the cheek, “Have an amazing first day.”


“Hi, I’m Hallie Witherspoon. Yes, I’m related to Reese, but you probably realized that from the hair. Anyway, welcome to FMTHS,” says a spunky blonde wearing a pretty pink polka-dot dress. Where did she come from anyway?

“I absolutely adore the name Karley! Oh, and you’re so gorgeous! Omigoodness, where are you from?” says Hallie.

“Uh, Michigan. Crystal Falls,” I say, happy someone’s being friendly, but a little creeped out at the same time.

“Crystal Falls…. I’m pretty sure I know someone from there. I know people from pretty much everywhere. I wouldn’t say I’m popular, exactly. I’m just well-known. I’m an actress. Did you know I was once featured in a Disney Channel show?” says Hallie.

“Uh, no. That’s cool, but I better get to my first class. I don’t want to be late,” I say nervously.

“Wow, I didn’t think grades would be important to you! But if they are then I guess we’re even more alike than I thought! Here, hand me your class schedule and I’ll lead you around,” she says, holding her hand out for the schedule.

“Wait, don’t you need to get to your first class, though?” I say.

“Oh, don’t worry. I’ll just merge into your schedule,” she says, still waiting for me to hand her my schedule.

“Is that even allowed?” I say.

“Listen, I’m going to be famous soon. I don’t worry about what’s allowed and what isn’t. Anyway, this school has over a thousand students. No one will notice,” says Hallie confidently.

“Okay, then. Let's go,” I say. Hallie keeps chattering as we walk through the hall.

“Okay. Welcome everybody to Fort Myers Traditional. I’m glad to have you as a class this year. Yeah, so get out your iPods or whatever and stay quiet,” says Mr. Walloughby in monotone.

“Excuse me!” shouts Hallie from the desk next to me.

“Yeah?” says Mr. Walloughby, holding a can of Diet Coke and a bag of Lays.

“Shouldn’t we be learning? I know you don’t get paid just to lounge around at your desk,” says Hallie. The class "Oohs" and "Aahs" and I swear I can hear someone go, "Ooh, burn!"

“And I know I can send you to the office if you don’t shut your trap,” says Mr. Walloughby, going back to working (A.K.A playing online mini-golf) on his computer.

“He obviously failed at life. That’s why he’s a teacher,” Hallie whispers to me. I laugh, suddenly feeling that someone behind me is staring at me. I look back and meet eyes with a guy who’s threateningly gorgeous. He looks like a guy who gets into a lot of trouble. But he’s beautiful nonetheless.

“Cory Smith just looked at you. No, he stared at you! And he still is,” says Hallie, glancing quickly behind her. “He never looks at any other girls. Did you know he’s never had a girlfriend at this school?”

“Amazingly hot, I know. You have to give him your number!” says Hallie excitedly, clasping her French-manicured hands together.

“I don’t think so. I need to stay on top of my schoolwork,” I say, sighing.

“Schoolwork, shmoolwork. This guy’s perfect and it’s obvious he likes you. You’d better go for it.” 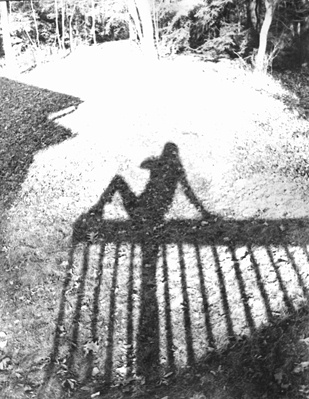