She sees He | Teen Ink

Favorite Quote:
"If it's all you've got embrace it." and "Anything is possible"(But not everything is probable) :/

So I know this person. Sh'es not a girl. I know someone else. He's not a boy. She's a she who can tell stories to children in the most animated way and can dance like no other dancer you've ever seen. He's a he who can beat a proffesional on ANY video game and can draw with such creativity that you would lose your mind. She's not an individual, she's a "popular". He's not an individual, he's an "outcast". She wants to be a Scientist but everyone thinks she wants to be a dancer. He wants to be an artist but everyone thinks he wants to be a video game designer. She lost her mom in a car crash, everyone says they're sorry for her. He has seven siblings, everyone wonders what that would be like for them. She cries in the park everytime her dad yells but when her best friend cries over a boy she doesn't care. He laughs everytime somebody falls down the stairs but when he gets an A+ on his math test he doesn't care. She goes home and leaves half an hour later. He goes to the park and hides his backpack in the tree's branches. She's at the movies. He's going to the movies. She's seen by a strange man. He's a couple blocks away, finds five dollars on the ground. She see's the man come over ackwardly. He's thinking of how much food he can by for dinner tomorrow with his found money. She screams. He hears something, stopping his wandering thoughts, only a block a way. She kicks yells as she gets dragged away. He starts running. She sees more men and an alley a couple feet away.
He sees the dark coats move out of sight. She kicks and thrashes. He runs inside. She tries to yell but stops when she sees the knife. He runs around the corner. She starts to sob, loosing all hope. He sees her, "Stop right there!". She looks up. He looks down. She sees the officers. He sees the fear turn to releif in her eyes. She's in her new bed. He's in the tube slide. She thinks about him. He thinks about her. She smiles. He closes his eyes. She sees him at school the next day, her friends don't know a thing and never will. He spots her in school all day, he doesn't have any friends, he wouldn't want to tell anybody anything anyway. She thanks him with the smile in her eyes. He smiles and knows it will all be okay for her now.

When you read a story you see from all the angles. When it's real life you don't really know what's going on in anyone elses life but your own. 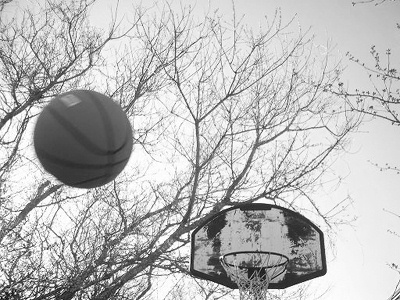 The author's comments:
Stop to smell the roses... BS, Start to walk past them and see the realities in life. Those flowers eventually die you know. These things don't.
Post a comment
Submit your own

View profile
Great point and it's true! People are trying to fill in the blanks of other people's lives, but they have no way of knowing what's really going on. Great job!