Favorite Quote:
art should comfort the disturbed, and disturb the comfortable.

I wasn’t even busy after school, and the hours until I went to bed were an endless black hole of boredom where I painted my cat’s nails against her will. I flipped open my cell phone and stared at the colorful blankness that is my wallpaper. I don’t even know why I bothered getting a cell phone, no one wants to call me or text me, plus the only numbers I had in it where my mom’s cell phone, my house and 911. It was out of habit that I actually opened and closed my phone, pretending to read something and then respond through a text message during school, so I didn’t look that much of an outcast.

Maybe I should have went out to coffee… I thought to myself, but I shook it out of my head by tossing my brown curls that have a hint of red in them, but the real name for that color is chestnut. Chestnut is a weird color, and I don’t even know if a nut can be brown with red in it, but apparently people don’t care about the logic of things such as that.

I felt my phone vibrate, which is impossible since Mom is right downstairs and if she needed me she could have just yelled up the steps.


I know your not doing anything… coffee? I’ll buy. Are you serious? First he was bugging me in school, when he doesn’t even know me, and now he has my number. I was starting to question getting a restraining order, getting my number changed, going to a different school, or all three of those options.

How’d you get my number?

I’ll tell you at StarBucks Why did he assume that meant I was going?

I really shouldn’t be heading out this late

Its 6 o’clock. C’mon. live a little I’ll show you living a little. I’m a wild child!

Be there in a bit. Tell your mom I said hi. How could my mom know him, but I didn’t?

I don’t even know your name

Its not important. I shouldn’t text and drive. Cya soon!


I dropped my phone in my lap and stared at the room and into the mirror where my eyes shown like green pebbles. I was going out. With a boy. Was it a date? What should I wear? I pulled on a green halter top, that made the red in my hair stand out a lot more, and I kind of looked like Poison Ivy from Batman. I didn’t bother doing anything with my hair, brushing it would get rid of the curls but it would just make it a mess, frizzy, and totally gross. I went over to my vanity stand that I barely used, and smudged some brown eyeliner under those eyes.

I was going to try and convince my mom into getting my contacts again, but like the last five times, I doubt it would work.

I slipped my feet into green ballet flats that I stored under my bed, and marched down stairs about to demand answers from my mom.

“Daniel says hi,” her eyes shot up from the book she was reading on the couch and practically glared at me. My mom and I looked nothing alike, because I took after my dad who was a royal jerk, got my mom pregnant and took a hike all the way out of our lives. She had blue eyes and brown hair that was perfectly straight. No freckles, at all, and she didn’t wear glasses. But I didn’t think the problems with my eyesight was something I could inherit.

She tried to brush of the shock that I knew him and muttered, “Whose Daniel?”

“Cut the crap Mom.” I received another glare.

“I didn’t realize you asked any Britt,” she hissed out of the narrow gap in between her two front teeth. Her eyes narrowed at me and they darkened out of frustration.

“I’m not lying,” she said coolly, the dark in her eyes never leaving as her lips moved and curled.

“Yes you-” I was interrupted by the knocking at our door.

“Whose that?” she croaked, burying her head further into the pillow as if that would hide her.

“Like you don’t already know,” I stomped all the way over to the door, fixing my hair on the journey. I pulled open the door and there was Daniel, looking as charming as ever with a hint of danger lurking in his shy, sarcastic smile. 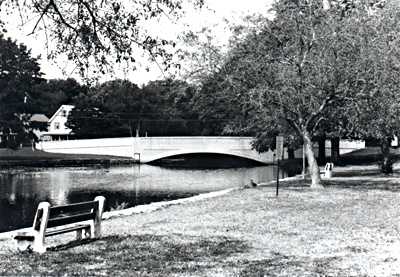