Favorite Quote:
“You know you're in love when you can't fall asleep because reality is finally better than your dreams.”- Dr. Seuss

My life revolved around that sandcastle.

The beach was a mere five minute walk from my house in Miami, but the first time I made the sandcastle was when I was five years old. The structure was uneven and cracks penetrated the grainy walls, but to me, it was a masterpiece. When the tide crashed it down moments later, something clicked in my head.

I had to rebuild it.

I clambered down to the beach the next day, even though my mom was at work and had left me with a babysitter who was snoring on the couch. She couldn’t afford preschool. I made the castle the exact same way, every turret, wall, and door the same as the original. Multiple onlookers gazed at me, a little girl all alone, covered in sand. I was finished by noon, but again the ravage waves conquered, and all that was left was crumbles of sand, fiercely tossed all over the beach. Shells and driftwood lay beside it, like defeated warriors in a battle. The Battle of the Ocean Stronghold, which is what I decided as a name for it later that night.

For the next fourteen years I rebuilt that castle, every day after school, always making it look the exact same way as the last. I never added or took away anything, leaving it the same throughout. I never even thought to built it further up the shore. At this spot, the water would always curl into the moat I made before it perfectly. It was an ideal spot, until the water came crashing up the shore as loud as an army.

I finally stopped when I went to college. I was accepted into a small school in California, and had purchased an apartment there. My mother, gray-haired with wrinkles in her cheeks and glasses on her nose, almost cried when I told her the news. But, with teardrops just beginning to form, looked at me and said,

“There are still beaches in California.”

So after flying all the way across the country and getting settled in my apartment, I looked out to see a strip of white beach, beckoning me. With pail and shovel in hand, I stumbled out into the street, this time building an entirely new structure much more grand than the last. But, I did not rebuild it every day, as I did back in Florida. This time, I made it farther up shore, securing every little crack and crevice. So it stayed up for months, every passerby gawking at it and taking pictures.

I had begun a new chapter of my life, and had forgotten about how untidy and disheveled my old life had been. I repeated the same thing every single day, rain or shine. Now I was content with making one sandcastle and leaving it. I stepped out of my comfort zone and into a new schedule and lifestyle.

Things are different, and they have changed for the better. There’s no doubt about it. 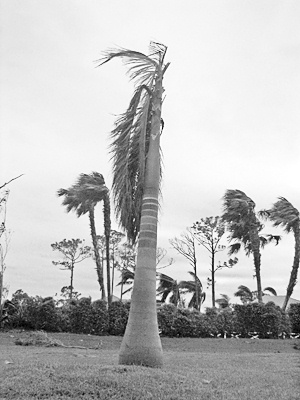 The author's comments:
Just a little piece inspired by a trip to the beach.
Not a true story, by the way.
Please rate!