Favorite Quote:
Truth is eternal. Knowledge is changeable. It is disastrous to confuse them.

Two miniature ladies stood in line, gabbing away about their time at the gym earlier. The expensive membership at LA Fitness was about the only thing these women spoke to each other about.

“I did 45 minutes on the weight machine,” gloated the brunette to her friend. She flipped her hair, but due to the bottle of hair spray in it, it didn’t move an inch. Her sweater was striped blue and white, and she sported matching earrings and a beautiful necklace. The engagement ring on her finger glimmered with luxury.

“Yes, but Shannon, sweetie, you consumed at least a gallon of ice cream afterward,” her friend’s false smile put a frown on Shannon’s once boastful face. A minty air loomed over the two from the insulting woman’s chewing gum she constantly had in her petite mouth. Her eyes were blue and large, and they were pared with bright blonde hair that was highlighted with a pink outfit and bulky jewelry.

“Well, Charlene,” grinned Shannon, “I know you’re not talking,” with that, she turned on her high heel and faced the front of the line.

As the two women’s civilized war continued, a couple strolled up and stood behind them. The woman was short and stubby with a large friendly face and small eyes. She was wearing a colorful frock that was long and covered most of her skin, even though it was April. Due to her obese weight, the dress that was meant to be loose and flowing was very tight in the middle with little room for air.

Her husband was in the same boat as she was. He appeared kind enough, but his tattoos on his broad arms sent people in a different direction. His squat neck and large body made any other feature look too small for him.

“Charlene,” giggled Shannon, “at least we aren’t like those people.” She pointed to the couple and audibly snickered.

A sigh was heard from behind the rude women. Obviously they didn’t hear it; they were too busy laughing at them.

“It’s okay, honey,” the man comforted his wife, “just ignore them, like usual.”

“Yeah,” she replied half-heartedly and pulled a chocolate bar out of her oversized purse. 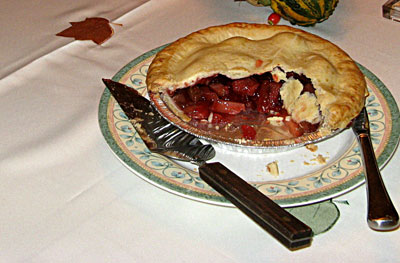